The short priced favourite is a foolish price in this rather competitive nursery in my mind. Most importantly, that leaves my selection Snazzy seemingly undervalued in the market.

This filly won – arguably a not overly strong race, granted – very impressively on debut earlier this year at Newcastle overcoming all sorts of trouble. Subsequently placed in Listed company, she was found out for class stepping up to Group 2 class at Royal Ascot.

But, despite not coming too close to win, Snazzy ran extremely well in defeat in two subsequent starts when things didn’t quite went her way in highly competitive events that have worked out well form wise in the meantime.

A drop to the minimum trip should work in her favour and with first time visor applied from a good draw I would expect her to go forward here.

I was keen on Ghazan on handicap debut back in May after the colt showed plenty of promise in three juvenile starts, particularly the final run in 2017 looked excellent form.

From a wide draw he had a lot to do at Leicester on what was his seasonal reappearance and always travelling wide as a consequence didn’t make it an easy task. After coming briefly off the bridle over 4f out a shake of the reign saw Ghazan travelling notably strongest of all until nearly 2f out when he then tired and wasn’t given a hard time.

That form has worked out quite well in the meantime, so the fact Ghazan was able to travell all over that sort of field is encouraging as I felt beforehand he might have been underestimated by an opening 75 mark.

He’s on 74 today, drops a bit in trip. That in combination with the rain arriving should suit him well. Hanagan is in the saddle, a bonus. Question remains why the absence since May. If he’s fit and well then Ghazan should have a big chance today.

A pretty consistent runner. albeit on the go for a long time, Roundabout Magic is one who more often than not gives you a good run for your money. He is also one who finds trouble on a regular basis.

So happened a week ago at Windsor. He travelled strongly and seemed to come with a big run when badly hampered 2f out.

He’s already won this year and was multiple times placed plus ran a career high time speed rating of 67. This small field should suit, if the pace is on. 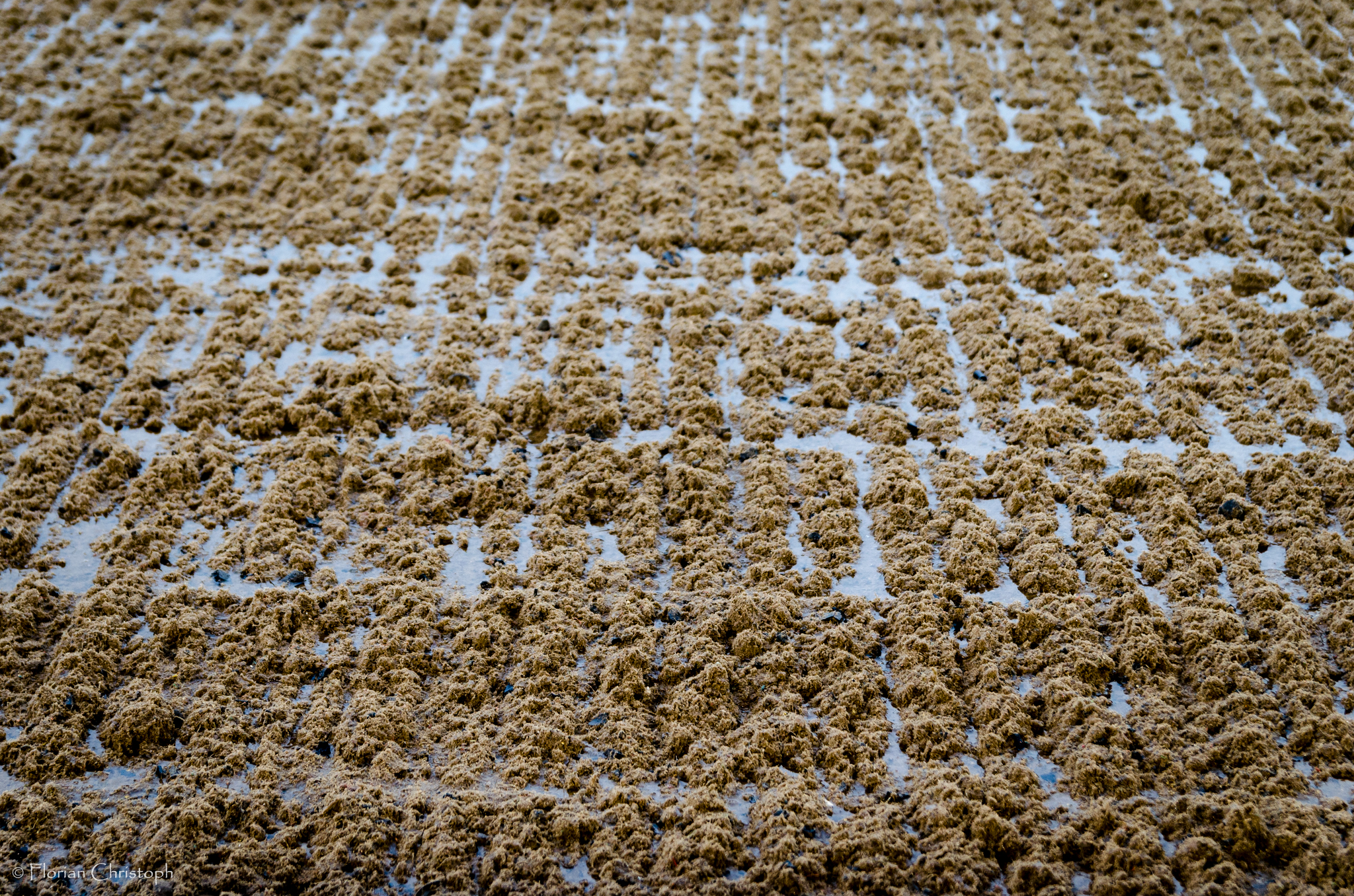 Bottom weight Sister’s Act sparks my interest here. This Equiano filly has shown early speed in her few starts before, totally unfancied though, it wasn’t a surprise so her finish flat.

She now makes her handicap debut off a low mark in a not overly competitive contest switching to the All-Weather which should suit her better on pedigree. Her mother is a winner on the sand as daddy Equiano has a sublime record on the All-Weather with his 2yo offspring over sprint trips, particular on left handed tracks.

Interestingly, trainer Peter Hedger’s record with juveniles on the All-Weather is also quite excellent (small sample size, but fits in well with his general performance in AW Handicaps).

With that in mind there is every chance Siser’s Act gets her act together today.

Despite the widest draw, which is hardly an advantage, lightly raced Ripoll makes appeal at quite a big price, given that I would have expected him much shorter after an excellent Nursery debut at Wolverhampton eight days ago. The form of that particular race looks quite strong if seen in the right context, as I felt quite a number of those finishing behind the winner ran promising that day.

Ripoll doesn’t stand out pedigree wise, though he should theoretically appreciate the drop in trip. The 9.5f at Wolverhampton stretched his stamina, though he ran on well after being hampered over 1f out. Before that he travelled wide through but up with a cracking pace and must have done plenty before turning for home. So it was encouraging the positive way he saw out the race.

Off an unchanged mark I feel he has a prime chance to win this uncompetitive contest where good form is scarce and therefore his latest piece of form certainly the strongest one on offer. If he can progress slightly for the experience, he should be able to overcome the draw and land the odds.

Nice 12/1 winner yesterday – Almuheet did the business quite nicely and bounced back to form as hoped. A good follow-up from the winner when Twilight provided me a “bounce back winner” at 10/1 in the big Haydock Sprint. It has been going too well lately, but these two winners are hopefully a sign of better things to come.

For obvious reasons this is a wide open race. But I feel two horses stand out from the unexposed crowd. Godolphin’s Criminalistic with a good apprentice in the saddle could well be able to exploit his opening mark given his very flashy pedigree as well as good performance in three maidens.

However his draw in combination with the fact that he was very early very badly outpaced the last time makes me believe that he may not encounter an ideal scenario today and might be one to watch and wait until he steps up to 1m.

The second horse I have an eye on is Richard Hannon’s Ice Bond. He didn’t show too much in his maiden starts but steps up to 7f again which should very much suit him on pedigree, much more at least than the sprint trips he’s been racing over recently.

He has a fine pedigree for the All-Weather, suggesting his first start on this surface could see him leaving any turf form behind. His low opening mark gives him every chance to be better, so the booking of a talented 5lb claimer is an additional bonus. On balance he is the one I want to back at a tasty price. 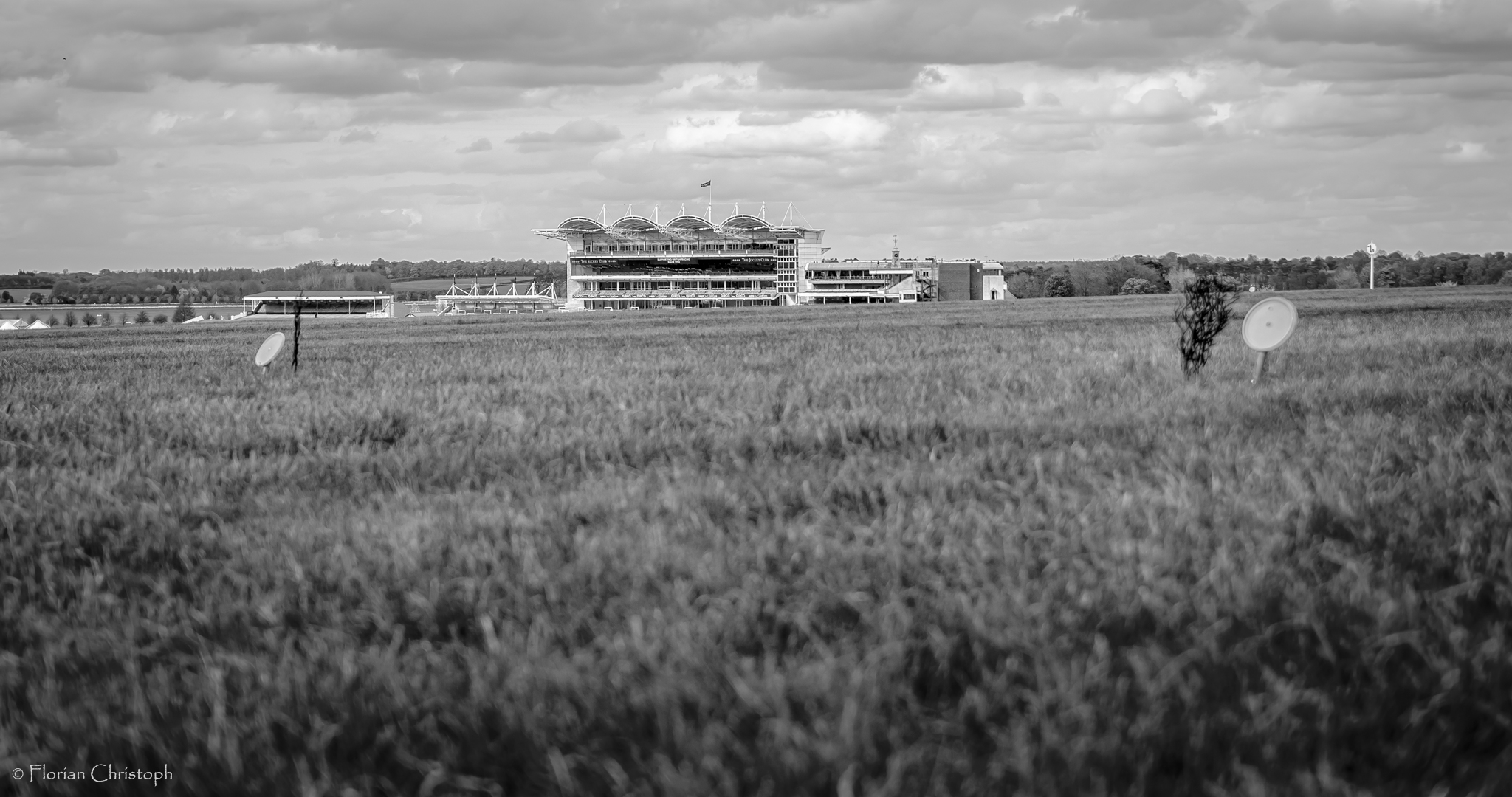 These kind of races are tough to work out sometimes, but I can’t help feeling that Dark Defender has an exceptional chance to win this race, given that he is one of few who has proven his worthiness of his current mark. He won a pretty deep 6f sprint here at York earlier the season but didn’t enjoy and luck in his two subsequent starts.

He is however one who steps up in trip now and who should on pedigree very much enjoy seven furlongs. There is good chance that the new trip brings out more improvement, and if that is the case indeed, he’ll be very hard to beat here. 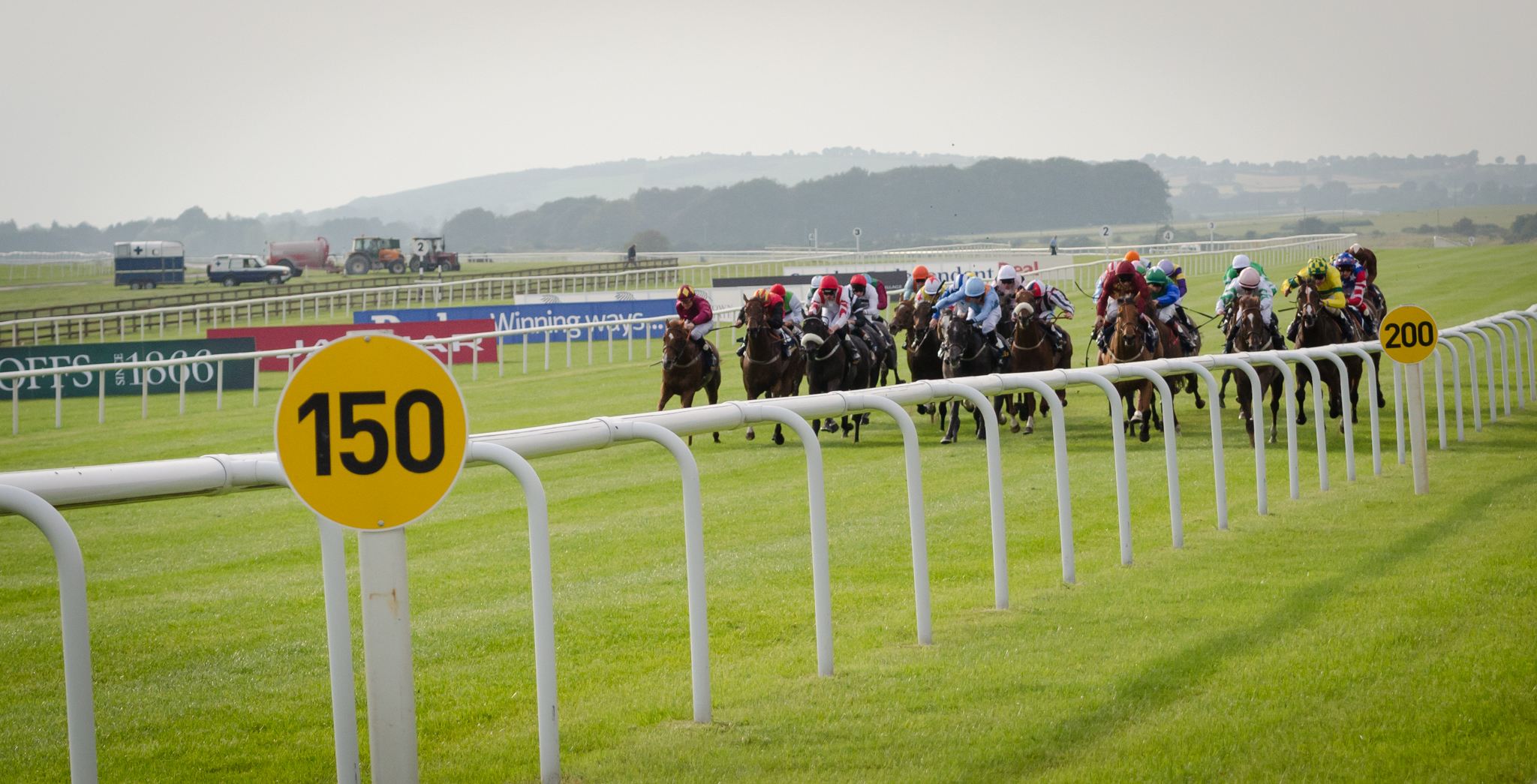 This is a poor race and only a handful should have a chance. Most interesting is Cross Examine who makes his nursery debut off a potentially low mark. He didn’t show all too much in three maidens but is expected to improve now switched to this company.

He has been gelded since his last run and stats tell his trainer gets these things more often than not right. Cross Examine comes from a good family, is related to some fine talent and has the assistance of a top class rider today – he must be a prime chance in this field. 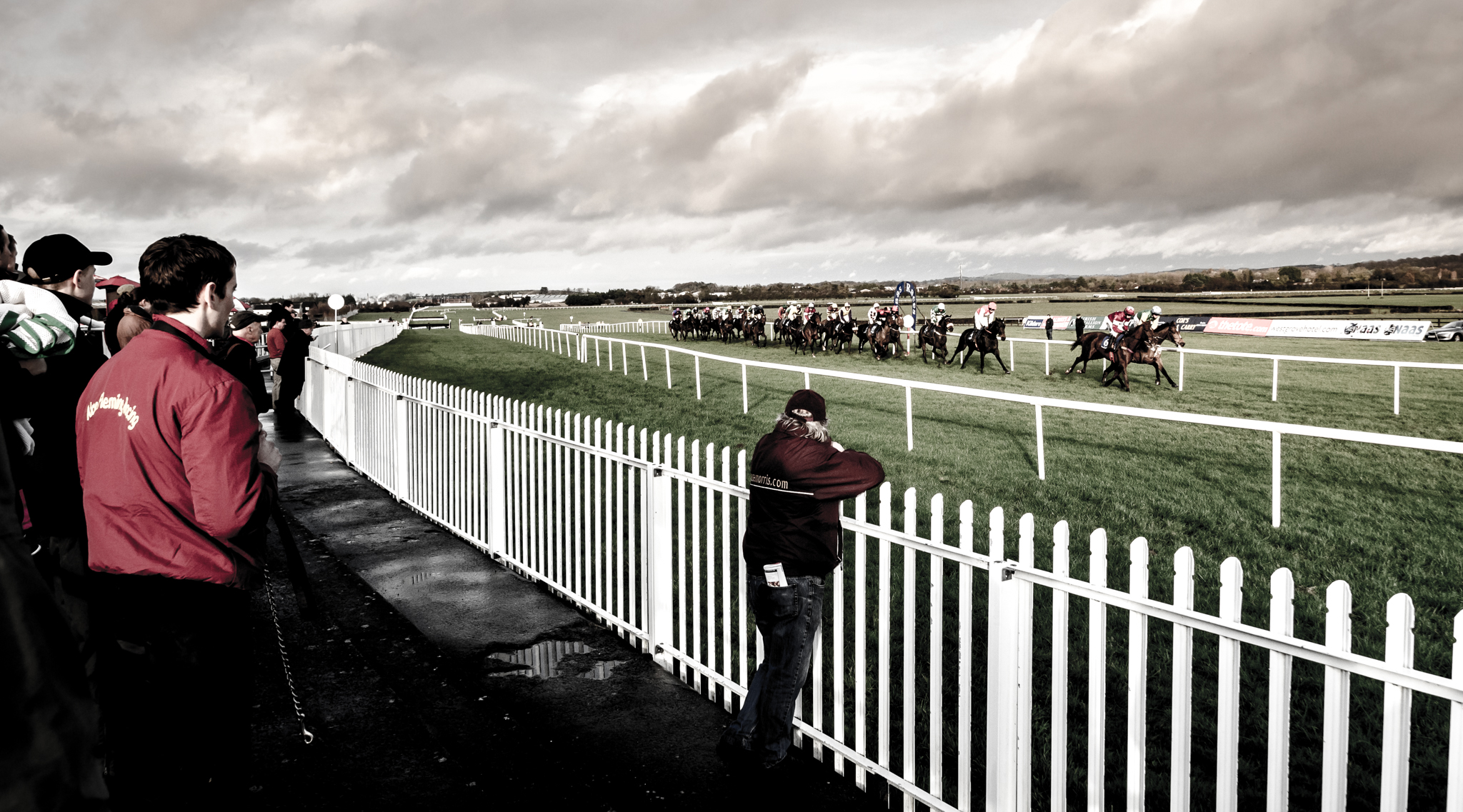 Money is floating in for Harlequin Rock and it’s easy to see why. This Rock Of Gibraltar son hasn’t shown anything in three maidens but will be very suited by the step up to 1m on his nursery debut. He gets into this race off a very low opening which may underestimate his potential.

First time gelded, which works well for sons of ROG, he is from a mediocre family, although his dam has produced horses that who have been competitive off mid-60 marks. Here’s a fair chance that Harlequin Rock is underestimated in this field.

A couple of these have a big shout but at the given prices veteran Mass Rally makes appeal. He’s slipping down to a realistic mark, in fact hasn’t been racing of such a lowly mark since 2012 when he won the Ayr Silver Cup off 94.

He is still competitive as he proved at York earlier this year. He has to bounce back today after a dismal run at Hamilton, but now down to a mark off 95 as well as dropping in class, he should be very competitive with softish conditions to suit.

Not too many make appeal, but Weld’s Katimavik could be well in here. He was an impressive scorer at Fairyhouse over seven furlongs last year, after which his trainer said this lad needs better ground. He was disappointing on his seasonal reappearance but made amends subsequently in a three-runner handicap when hanging tough against a mid-90 rated individual.

On that evidence the drop in trip should suit. Katimavik still had only four career starts and with trip & ground to suit he could be a good ten pounds better than his current rating which would give him a prime chance in this field.

(Edit: Katimavik is a non-runner)

Finally a winner last night, Mujasaam hacked up at Salisbury under a strong front-running ride. Could have been even better as Astley Hall ran a massive race but was beaten in a photo unfortunately. To the naked eye there was nothing that could differentiate him from the eventual winner, but I’ve to trust the judges here.

Open little Nursery with a strong favourite but I feel Palpitation is a capable rival. This Fast Company son has been gelded since his last run and that usually works out pretty well for this sire.

He showed a bit of promise in three maiden races, but is expected to do much better now switched into Handicap company. he is quite well bred, though his future should lie over a bit further. An opening mark of 65 is fair and first time cheek-pieces may offer some additional assistance.