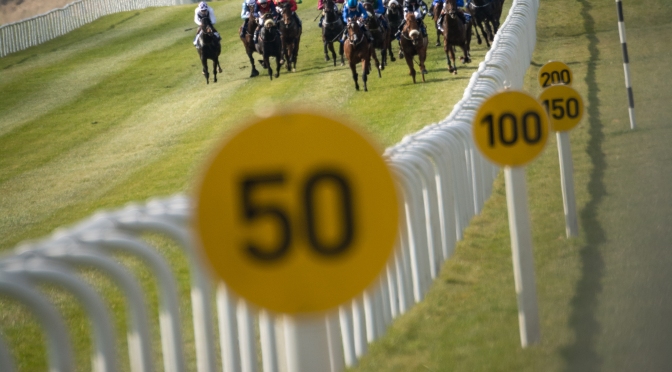 Favourite Wurood looks a skinny price and certainly one to take on at the top of the weights against the boys at the back of a visually fine looking maiden win at Wolverhampton, where, however, she was most likely flattered given she had the run of the race from the front.

I’m much more keen on the equally lightly raced Derek Duval. This son of Lope De Vega was a very late fool and should be open to a good deal of improvement now as a three year old, even more so stepping up to 7 furlongs for the first time.

On his seasonal reappearance at Wolverhampton over 6f last month he got off the mark which was only his second career start. He stayed on nicely to win by a close margin, though he was good for more.

On handicap debut a fortnight later he pulled hard in the early stages of the race and was subsequently disadvantaged by his position at the back of the field where he was also forced to race wide. Still he came with a storming run on the outside to finish a close third in the end.

It’s seems obvious that an additional furlong can only be a positive and a 2lb rise in the mark with further natural improvement to come might underestimate Derek Duval, as long as he acts on fast ground turf.

Top weight London Master is a full-brother to relatively smart Irish filly Booker good sire by Mastercraftsman. This lightly raced, though winless maiden, has a pretty good chance to can improve this season as a three year old.

In 2016 he had three obligatory maiden runs without setting the world alight –  he was clearly ridden with the future in mind, nonetheless his RPR’s were quite in line with the opening handicap he received for those performances.

And that might ensure he’s potentially well handicapped now moving into Handicap company for the very first time. That is because this colt is quite good looking, with a big, scopey frame to fill, and he step ups in trip which should very much suit given his mother was a winner over 10 furlongs.

He was a January fool, so at this stage as a three year old, also taking the visual impression from last season into account, he should be definitely ready to use his strengths (and hopefully class) to exploit a rating of 60.

Interestingly Jockey Adam Beschizza makes the journey to Wolverhampton for this one ride – probably not for a leisure spin around the track.