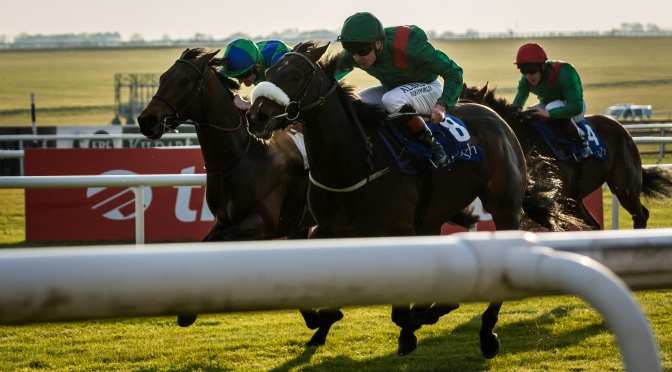 Only four runners. Yet the 2021 edition of the Coral Eclipse could easily turn out to be the race of the season. Three colts rated over 120 and the combined class of nine Group 1 victories!

Top rated Addeybb is back on home soil after yet another successful raid on the other side of the world, where he landed the Queen Elizabeth Stakes at Randwick in Australia.

It was a dramatic finish as he never gave up in first-time blinkers, answering the challenges from all sides to defend his crown.

The 7-year-old also won the British Champion Stakes in brilliant style last year. There are no signs of him slowing down anytime soon.

The only potential question mark – and that is being overly picky – is whether the ground is soft enough for Addeybb to produce his very best – which certainly will be required this afternoon.

Mishriff was a long way beaten in the 2020 British Champion Stakes, though I feel you can excuse that performance. Particularly given the fact the the four-year-old has only enhanced his claims ever since thanks to some brilliant victories on the international stage.

He got it done on dirt against strong US competition and followed up on turf in the Sheema Classic success at Meydan earlier this year. Mishriff, one could argue, is perhaps the best horse in the world right now.

The 2020 French Derby winner has shown an incredible versatility and ground independence, therefore won’t mind whatever way the ground this afternoon at Sandown.

Nonetheless, he clearly enjoyed the step up in trip that day as he travelled all over the field, still very much on the bridle two furlongs from home, and put the race to bed in a matter of strides then.

St Mark’s Basilica achieved a 106 topspeed rating at Chantilly that day, a career best that is also closely matched with the 107 rating Mishriff was awarded for his Sheema Classic victory.

Roger Varian’s colt El Drama completes the four-runner field. But it’s hard to see the Dee Stakes winner landing a blow against the big guns, given he has at least 11lb to find with them on official ratings.

In conclusion:
There is little to chose between the trio of St Mark’s Basilica, Mishriff and Adeybb. What tilts the scale in favour of the three-year-old St Mark’s Basilica -at least in my mind – is the 10lb weight-for-age allowance.

There is a good reason why it’s there. Yet, the Aiden O’Brien trained colt is certainly top-class and this significant weight allowance is a rather huge help against his elders. Hence, St Mark’s Basilica is my selection to win the 2021 Coral-Eclipse.

No Samcro in the race makes the task on hand for Next Destination somewhat easier. One would think so, at least. A brilliant Grade 2 Navan Novice Hurdle winner, comes here with plenty of positive experience.

He created a big impression on a number of occasions now. A fine bumper horse last season, he proves even better over hurdles. 2/2 now, overcoming a slight fright at at the third last but came back on the bridle and putting the race to bet in impressive style.

He’s the clear favourite on anything we know. What we don’t know yet, how much upside does the Joseph O’Brien trained Speak Easy has to offer?

He landed a maiden hurdle when debuting under rules at Navan last month. Clearly green and not quite sure what to do, he made Mark Walsh work a bit throughout and missed a couple of jumps.

However the way he made progress and motored home without ever being really touched, in a maiden hurdle that looks like solid form, is something to take note of.

Connections decided against the Tolworth and rather opted to come to Naas. They will hope he has learned plenty the other day. He’ll have to be a fast learner if he wants to trouble the favourite.

However in his favour is the step up in trip. 2m 4f should suit much better than 2m. Given how good Speak Easy already looked when showing plenty signs of inexperience, one can only imagine how much more he can bring to the table if understanding more of what his job is.

Interesting side fact: Speak Easy has achieved the highest time speed rating in the field so far. Not always an indicator for success, nonetheless the fact Next Destination hasn’t run better than 109 yet, is another small piece in the puzzle that let me come to the conclusion that there is potentially less between these two than the market suggests.

It is hard to see anyone else from the field having a realistic say in the outcome of the race. So at 11/2 it is impossible for me to not back Speak Easy. Maybe Next Destionation is the better horse and can use his experience to full extend – however on pure price reasons, I feel Speak Easy has a better than 16% chance to win.