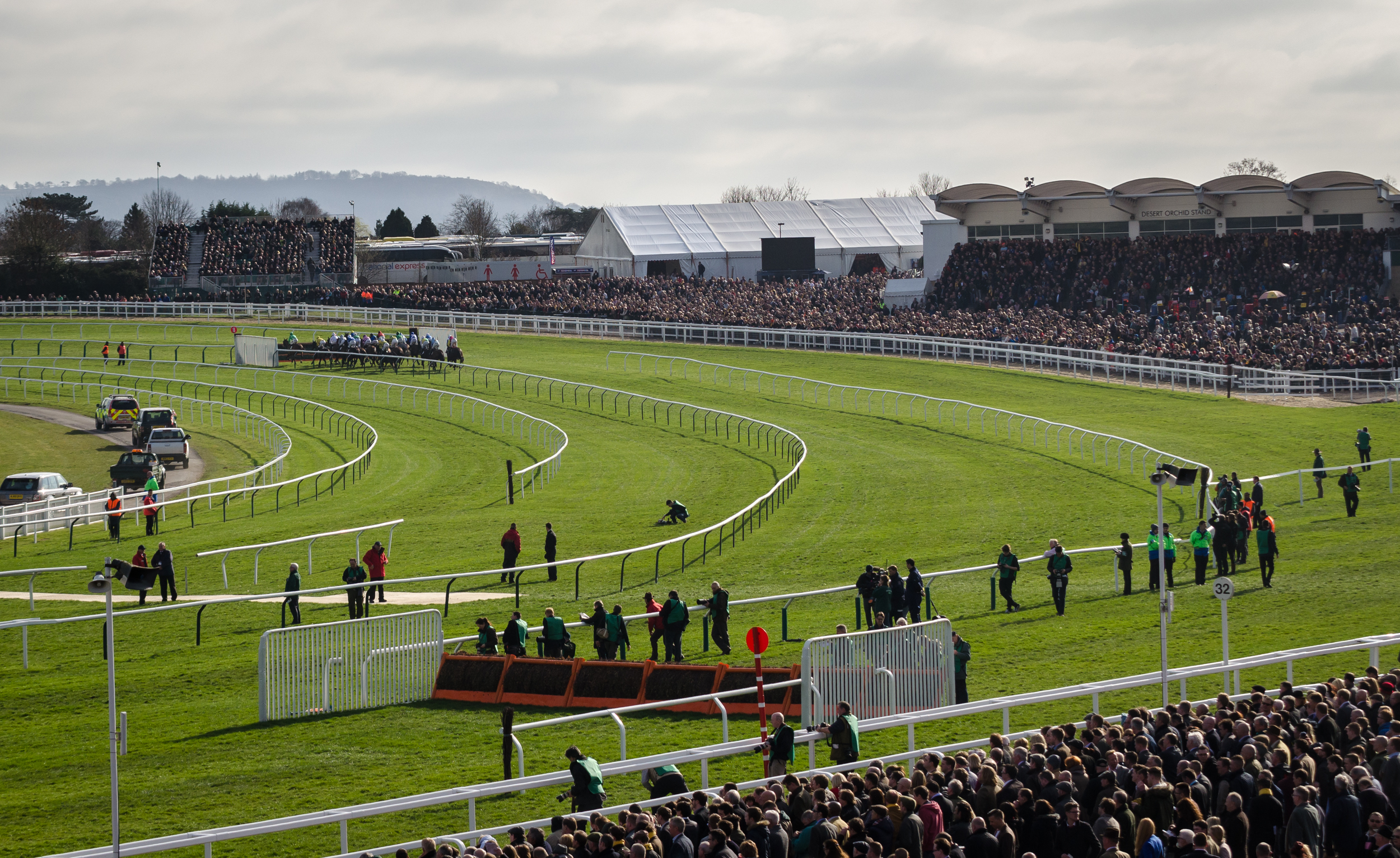 The Pertemps Qualifier at Leopardstown over Christmas could be the key to this race: Favourite Sire Du Berlais qualify under a shrewd ride and looks perfectly laid out for this race – but he is a shocking price.

The first three of this particular race are of a lot of interest to me. The winner Cuneo made a big impression with his excellent attitude in the closing stages. He was still green, quite raw, travelling wide throughout, but made nice headway with three out, hit the front turning for home and found plenty under pressure.

He ran once more in another hot contest, though the fast ground wasn’t quite to his liking, so was the the way the race was ran. He looks bound to improve for the stiffer test at Cheltenham.

One had to be impressed with Walk To Freedom also, the way he finished late was eye-catching. Nonetheless I liked the performance of Thermistocles equally, and he’s a better price. He also is one who is still learning his trade quite obviously.

Thermistocles travelled strongly, throughout, maybe saw daylight a little bit to early after jumping the second last and just got beaten in a tight finish. He was 3rd in a Maiden Hurdle behind Dortmund Park last year, which reads good form and he has steadily improved ever since.

Everyone keeps saying this is such a strong renewal – stronger than last year, most certainly. But is it really? More runners, yes. But more runners doesn’t always equate for more quality.

At the top of the market we have last season’s star novice Footpad. His reputation took a massive tumble this season when beaten in two starts. In truth, we were probably fooled by the impressive visuals: his jumping at speed looked simply stunning!

Form wise those achievements are less than stunning. Particularly in open company against the best in this division those runs don’t compare as impressively. With softer ground sure to suit it’s not impossible to see him improve, but stepping up to this longer trip is a concern on the other hand.

His prominent racing style should suit the nature of the Ryanair, on the positive side. So, with the ground for his liking and giving him the benefit of the doubt to stay the trip at Cheltenham, Footpad remains one the more likelier contenders. At 7/2 that is an awful lot of trust you have to have, though.

Last years winner Balko Des Flos has never after or ever before ran to the level he did this one magical day in March 2018. Suspicion is that simply everything went pinch perfect for him in this race twelve months ago. The pace, the ground, the ride from supreme Davy Russell. Not again – I’m pretty sure.

Road To Respect would be better running in the Gold Cup now that he settles better. I doubt he has the speed required in this field. Frodon is interesting. But he’s on the go for a while and I wonder: how much more can he improve? He may not have to but was well beaten in this last year.

There’s plenty of support for Monalee. In fact he’s touch and go for market leader at the moment of writing. It makes sense. This intermediate trip will most likely be his optimum. He ran well this season and has still relatively few miles on the clock, compared to some others.

On pure form I don’t think he should be up there, though; I find the hype unwarranted. That says, he could be the most solid choice – meaning, Monalee is likely to run a rock solid race. There is a case to be made that it’ll be enough to land the Ryanair this year.

The somewhat ‘forgotten horse’ is former champ Un De Sceaux. A lot is made of his age. True, and 11-year-old now, how much longer can he keep producing the goods? He was beaten in this race last year fair and square.

However, it was obvious he lost the race in the middle part when he made way too much, way too early. He set it up perfectly for Balko Des Flos. There’s the risk the same happens again. We know UDS. Once lit up he goes. No stopping.

On the other hand, as pretty much the only one in this line-up, he keeps producing the goods indeed. Certainly on the ratings front, everything he’s done this last season or in this single run this season – a highly credible 2nd behind Altior – is pretty much in line with his best, or close to.

By that standard there is no doubt Un De Sceaux is the best horse in the race. One last hurrah for the popular gelding. Ground will be perfect for him I reckon. He gets the trip.

He won here before – even though, judged on RPR’s he’s never produced his best at Cheltenham, which is the one niggling concern, more than his age, to be honest.

On the surface Paisley Park is hard to oppose. He’s the right favourite, has the right form in the book and has clearly a good chance to put unbeaten run of four successfully to the line. But at odds of 6/4, with at least one viable alternative in the line-up, I happily oppose him.

Supasundae travelled incredibly well throughout the race in ground conditions probably not to dissimilar to what he’ll encounter on Thursday and clearly stayed the trip without a problem – in fact without Penhill we would say he stormed up the hill, leaving the third placed Wholestone 5 lengths behind.

Trained by Jessica Harrington, Supasundae is a rare sort as he is so versatile to be good enough to compete in either a Champion- or a Stayer’s Hurdle.  In fact he is an Irish Champion Hurdle winner already but has been placed in multiple Staying Hurdle races as well as having landed the Coral Cup in 2017.

This season saw him clash with the brilliant Apple’s Jade multiple times. He was chasing in vane but shouldn’t be judged too harshly on that because the fact is he was runner-up in all his three start this season, all in Grade 1 company.

To round it up, I love the quote and bullishness of Robbie Power as he says:
“The English are ranting and raving about Paisley Park but he’s only beaten West Approach who I’ve ridden and is a very, very ordinary horse. Barry Geraghty rode in the race that Paisley Park won at Cheltenham and he came in and said that Penhill and Supasundae will eat him up.”

Very excited about this one: Eamon An Cnoic looks ready to rumble! The 8-year-old ticks all the boxes: an improving sort, coming here in nice form. Already ran well at this course and has Festival experience. Right level of experience, acts on the ground and trip and is trained by Martin Pipe who has a super record in this particular race.

Eamon An Cnoic travelled well for a long time in the Ultima twelve months ago, although the whole experience and 3m 1f trip was a bit too much in the end.

He returned to Cheltenham in November, running with plenty of credit in the ultra competitive Gold Cup Handicap Chase.

Eamon An Cnoic had a wind OP in the meantime, returns from that and a little break at Chepstow over sharp 2 miles. He travelled powerfully and produced a nice turn of foot to win which ensured he made the cut for the Brown Advisory.

Only 7lb higher over a longer and more suitable trip, with soft ground no worry, I feel Eamon An Cnoic is the answer to the puzzle.

Short priced favourite Epatante is already a French NHF Grade 1 winner but has only done what was expected in a couple of hurdle starts since switching to Nicky Henderson. She’s open to more improvement, particularly on softer going, but at given odds is easy to take on.

Particularly if you have such a strong opponent in Posh Trish. This classy looking individual has quite a physical presence and has clearly the best form in the book when beating Indefatigable at Taunton. According to TS and RPR’s still is by far the strongest piece of form on offer.

Posh Trish is still pretty raw and learning her trade, but with soft ground likely to suit her as well, and the fact she is already been to Cheltenham in the past, when she won a listed bumper, means that she should be a lot closer in the betting to Epatante than she currently is.

The Taunton form is interesting also because the runner-up Indefatigable ran a mighty race too. She made a mistake at the last, so we don’t know how much closer she could have got, but she went on to follow-up with another strong performance nearly collaring much more experienced – and 4th in the Mares Hurdle on Tuesday – Lady Buttons on the line.

Indefatigable has only won once and has to prove her ability to act on proper soft ground. At a big price I have a little saver on her as I feel she is well capable to outran this massive price tag.