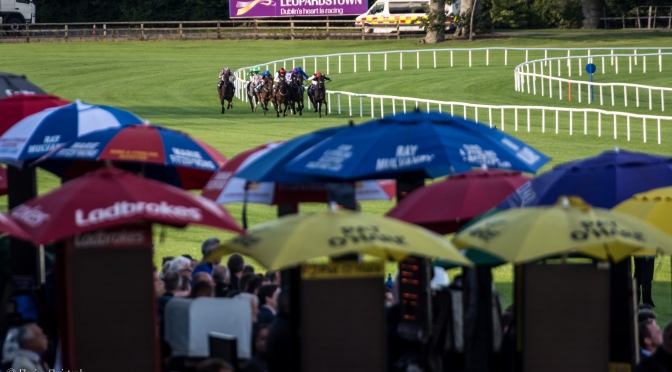 The flat changes gear – we saw that today. The 2000 Guineas finally kicked the new season really off and it did so in style. The race produced a blockbuster finish with the better end for the 6/4 favourite Churchill.

It was another superb ride by the master that Ryan Moore is, as he made sure Churchill was in the best position when it really matter, grabbing the rail, to keep the colt focused and in line, which was an advantage.

At least compared to some of the other well fancied rivals, like Al Wukair or Barney Roy for example. The French horse had to go wide around the whole field, found that certainly not easy but finished strongly in his own right. Barney Roy looked still a bit green.

I’d love to see a rematch of the Guineas main contenders this year, and I’m sure we get it. Will be interesting whether it’s gonna be the same outcome? I’ have my doubts.

Sunday will be another massive day. The 1000 Guineas at Newmarket, and the Derby Trial at Leopardstown, plus a handful of other Group races and good Handicaps.

This is a hot contest with some really good horses lining up. Favourite Big Country is an exciting improver who looks certain to bring his All-Weather form to the turf. His last Kempton win is excellent form and the lightly raced son of High Chaparral could easily defy a 10lb rise in the mark.

However at prices I prefer top weight Frontiersman. Yes, it’s a tough task to run of 101 and 9st 10lb in a Handicap. However this lad looks pattern class. He has filled his huge frame nicely over the winter, strengthening further after a fine 3yo campaign last season that saw him win a nice Handicap over course and distance.

He clearly needed the run on his reapearance at Doncaster last month and should be primed now. Fast ground seems key, which he gets here at Newmarket. He takes plenty of beating in my mind.

He’s never won on turf, nonetheless Split The Atom looks incredibly well handicapped here. It’s not like that he doesn’t act on grass, in fact he’s been placed six times, however never found the right opportunity.

It looked like he could break the duck at Navan a fortnight ago. He travelled much the best and finished like a train but was arguably an unlucky runner-up.

He’s got a chance to race off the same mark, however with a 5lb apprentice in the saddle and over his preferred 7f trip on fast ground where he has a four out of six place strike rate.

The wide draw is not a problem because he’s a hold-up horse anyway, however it is not easy to win from far back at Leopardstown, so that is an obvious question mark. Nonetheless on RPR’s an time speed figures he has a tremendous chance and I’m happy to go risk at a big price.

Kevin Ryan’s Al Hawraa seems judged on a poor seasonal reappearance but it’s likely she’s going to be much sharper this time. We don’t know yet how good (or bad) daughter of Iffraaj is, though there was some indication last season that she is not totally  without talent.

She was able to finish a good runner-up on debut behind subsequent dual winner and she managed to finish in the placings another two times in maiden company. It’s fair to say she looked bad in her two handicap runs, however her opening mark was potentially on the stiff side.

She dropped down to 63 now and judged on her maiden form that could give her a chance to be competitive if she can respond well for the slight step up in trip. Ground looks fine and Kevin Ryan tends to do pretty well at Hamilton even more so if Kevin Stock is in the saddle.

The Irish 1000 Guineas Trial at Leopardstown looks a shocking race on Sunday. What’s the chance that even one of those runs in the actual Classic? On the other hand the Derby Trial is intriguing. Capri versus Yukatan.

Yukatan is held in high regard by the ‘Brien camp. However I actually like Capri a bit better at this stage. The big grey was not suited by the slow pace on his reappearance and it’ll be interesting to if things pan out differently and if that sees him closing the gab to Yukatan.