What a fantastic stayers race – all the big guns are here. That’s what you get up for in the morning and feel the butterflies out of excitement for the upcoming race day!

But I really don’t get the price for Tac De Boistron. 13/2? Seriously? I’m in! Let’s remember, the tough eight year old is a multiple winner of the Premier Group 1 stayers contest Royal-oak at Longchamp.

Now, his recent form doesn’t read too well. Tailed off at Ascot in the Gold Cup, however on unsuitable quick ground. So let’s forget about it. He was short favourite for a Group 3 at Chester over 1m 5f and ran out a good 2nd there behind Clever Cookie who was in receipt of 7lb by Tac De Boistron that day, though.

A return to the 2m trip with cut in the ground, which will be persistent after more rain at York, should bring out the best in Tac De Boistron, who despite his age, is still a star in this division.

I was sweet on Heaven’s Guest before the Group 2 Hungerford Stakes last weekend and he ran with loads of credit in a hot race which may not have been quite run to suit him. He drops markedly in class, and may get a much hotter pace here, which should suit on ground he’ll love. He’s been in absolute smashing form in recent weeks and a big run is on the cards here.

All the hype around Acapulco is well and good and justified to a point – but seriously, how can anyone back a 2yo filly in a Premium Sprint against older, seasoned top class rivals on ground the horse has never encountered in her life at 2/1? Mugs, only mugs.

I might look like a mug myself backing Pearl Secret against the Wesley Ward filly. He won the Temple Stakes this year and was far from disgraced in the King’s Stand Stakes at Royal Ascot, in fact he was unlucky in my book. The Jubilee Stakes only four days later came way too soon, so a performance to forgive.

He is best over 5f anyway. He won’t be the ground either as has a good record on rain softened ground and clearly loves York as he’s two from three over course and distance.

The pace might be drawn on the other side, and that is a worry. But I’ve backed worse 20/1 shots in my life and believe he can run a huge race. 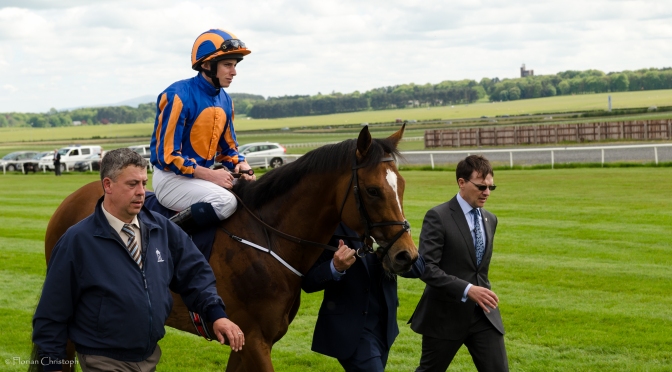 Gleneagles is “The Best Miler Ever”

On the verge of the Irish 2000 Guineas Aiden O’Brien seemed to become overwhelmed by his emotions. He ennobled Gleneagles, hailing him as “the best miler we have ever had”. That is some achievement in its own right, especially given the amount of classy horses passing through his hands year in year out.

This statement came just minutes after Gleneagles completed the 2000 Guineas double. He had to fight hard for it and it was a much closer finish than at Newmarket, where absolutely everything went to plan. This time, Gleneagles, boxed in on the rails, had to show an awful lot of class to win. He did exactly that.

But does it make him the best ever? Well, who am I to object his handlers experienced opinion. He, who has seen it all! Though, one could get the feeling that Aiden uses the term “best ever” a bit too loosely these days. Anyway, Gleneagles is certainly a very good colt. A true miler. A world-class miler.

Pearl Secret Lands A Big One

Sprint races can sometimes be a bit like lotto: Draw a number or throw a pin and wherever it lands that’s the horse to win. Admittedly, now I’m cynical. Yet there is some truth in it! These big sprint races are so much down to day form, it doesn’t always honour the actual form book. Run the same race ten times and you’ll almost certainly get ten different results.

So happened in the Temple Stakes at Haydock on Saturday. Pearl Secret was a slightly surprising winner of the Group 2 sprint. Yes, he was runner-up in the very same race last year, but back then on bottomless ground and before Saturday he only managed to win at Listed- or Conditions Stakes level. Now he has “a big one” on his CV!

Pearl Secret was followed home by Jack Dexter, who hasn’t won since November 2013, and 40/1 shot Wind Fire. Favourite Hot Streak finished sixth, but in truth never landed a blow. So much about the Lotto theory…

The County Kilkenny handler had it spot on: he knew his main contender for the 1000 Guineas wasn’t a miler. So he employed two pace makers, to ensure there would be no dawdling around. The good, consistent pace helped Pleascach in a way to relax but also to offset her lack of tactical speed and instead have a race with emphasize on stamina. It worked to perfection.

Pleascach took up the lead from two furlongs out and stayed strongly to line, fending off all challengers, including the one of red hot favourite Found. The stiff uphill finish at the Curragh clearly suited her cause too.

The next Jim Bolger star is already lined up. His Round Two won the Listed Marble Hill Stakes in comprehensive style at the Curragh on Saturday, overcoming question marks about his speed over the minimum trip as well as a wider than ideal draw. The Teofilo son can only get better with time and distance. He seems the ideal favourite for the Coventry Stakes at Royal Ascot next month.

Found Is No World-Beater

Hot Irish 1000 Guineas Favourite Found wasn’t able to land the odds in Sunday’s big race and instead had to settle for second. She didn’t get the clearest of runs as she was in a pocket over 2f out. The eventual winner, Bolger’s Pleascach, got first run and fend off Found’s charge gamely in the closing stages.

In the aftermath not everyone thought the best horse won – and I tend to agree to an extend – yes, Found was slightly unlucky, but that says she got out into the clear at the two furlong marker and had all the time in the world to make up the ground. She didn’t quicken rapidly enough, though, needed almost a full furlong to hit top gear. She clearly is no world-beater. At least not over the mile trip.

Compare her run to the one of Gleneagles in the 2000 Guineas – he had even less time to finish off his race once in the clear. But he did it in the manner of a true mile champion. He found a way to win, quickened when it mattered.

Nonetheless, Found’s Guineas performance is encouraging. She’ll be better over further. It may turn out that 1m 2f is her optimum, but the Oaks distance is very much possible and she now goes to Epsom as one of the favourites.

Endless Drama A Chaser In The Making

Just kidding. But you’ll laugh, there was more than one person suggesting the idea of giving him a spin over the big fences. And you can see why. He is a very big boy, indeed! I was slightly overwhelmed when this huge thing passed me in the parade ring for the first time.

I mean, there you have all these good looking three year olds walking around, very much looking like three year olds should look like. And then suddenly you have this monster of a horse walking towards you – is this still the Curragh or already Aintree? Guineas or Grand National Day?

In my 2000 Guineas preview I voiced slight disappointment to see Endless Drama running over 1m yet again. He didn’t look like staying thus far in two previous attempts over 6f+. On pedigree he seems a rather dubious stayer too. Add all the early speed he usually shows and you could easily come to the conclusion that he is actually a sprinter.

On Saturday, though, different tactics and better ground seemed to work wonders. He finished the Guineas well enough to suggest he can be a good miler. A close second behind Gleneagles is surly a very strong piece of form. Yet, I’d love to see him over six furlongs. I think he could be a force over that sort of trip.

It’s never been straightforward for him. Al Kazeem lost almost his entire Classic season, but came back stronger than ever the following season, when he beat Camelot in the 2013 Tattersalls Gold Cup. That’s now exactly two years ago. He went on to land the Prince Of Wales’s Stakes and Coral Eclipse the same year and was subsequently retired to stud as potentially hot property for all the lovely fillies in the world.

Didn’t work out in the breeding shed. He was soon back in training and after a couple of respectable efforts he finally muscled his way to another heroic Group 1 victory – Sunday at the Curragh, beating some serious opposition in the Tattersalls Gold Cup.

He’s the kind of horse you won’t find enough of in flat racing. But these classy veterans are what the sport is craving for. Fans want to follow horses over more than one or two season. What is part and parcel in jump racing, is much more difficult at the top end of the game on the flat. So it’s great to see Al Kazeem, a seven year old now, as good and happy as ever! 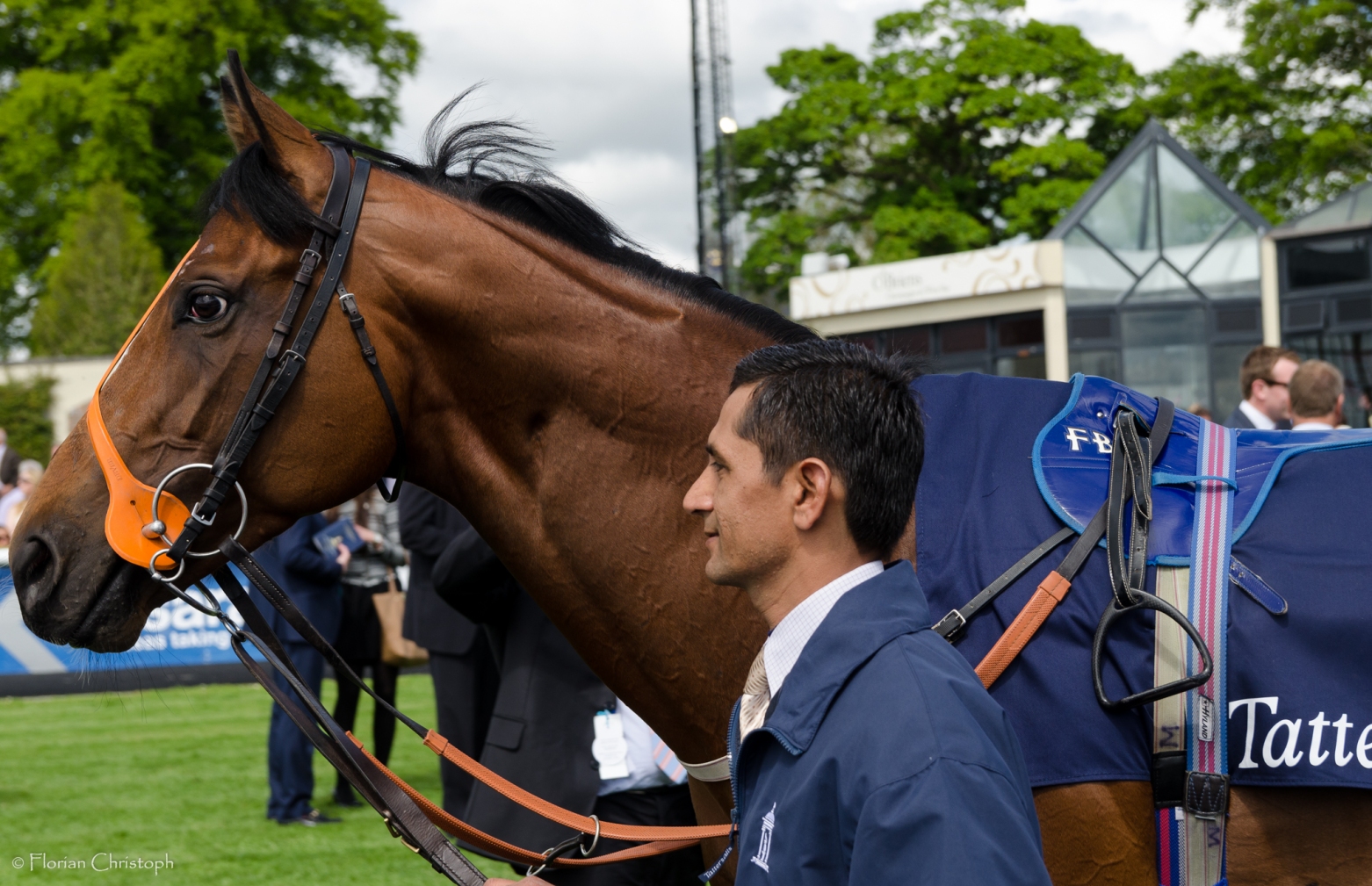 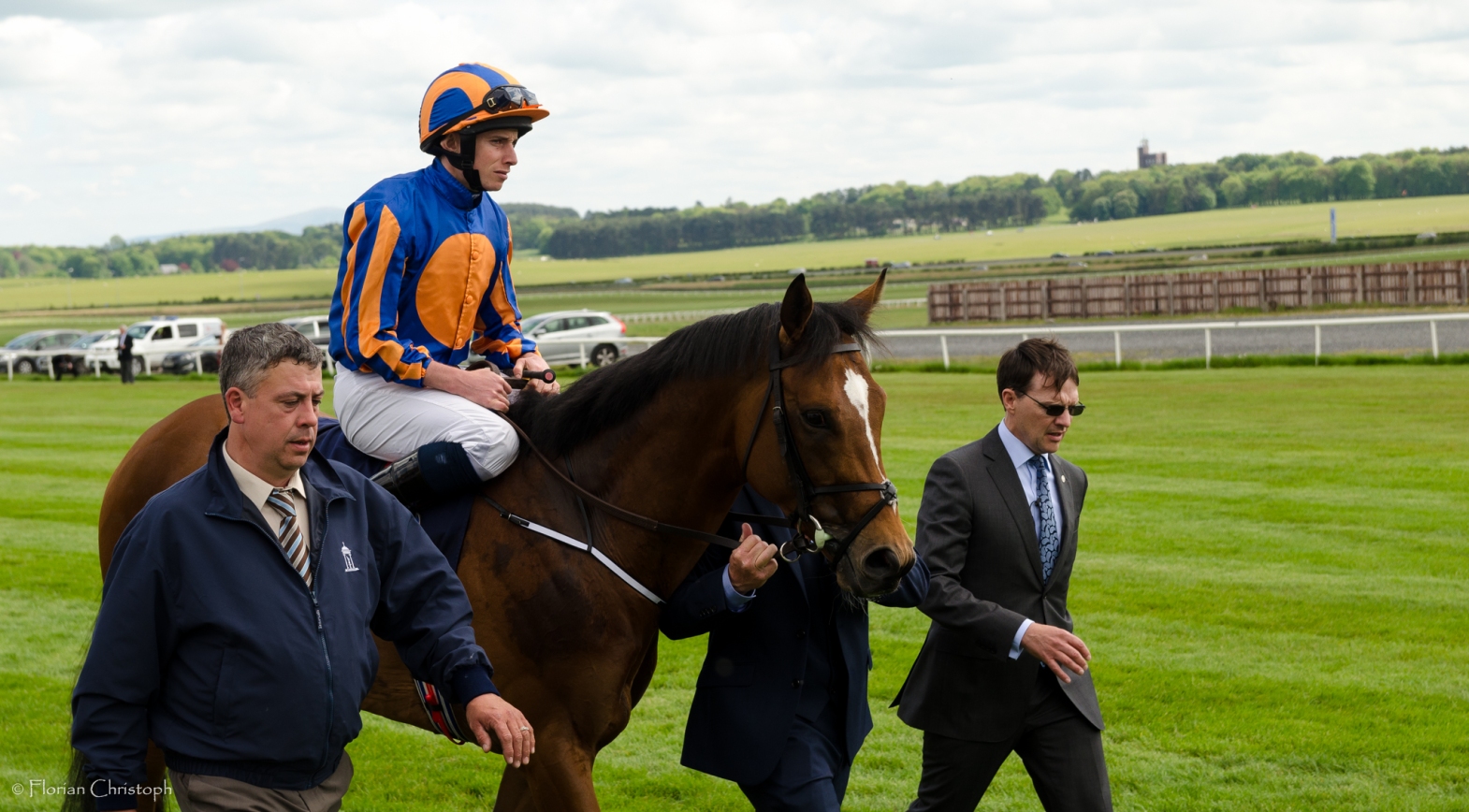