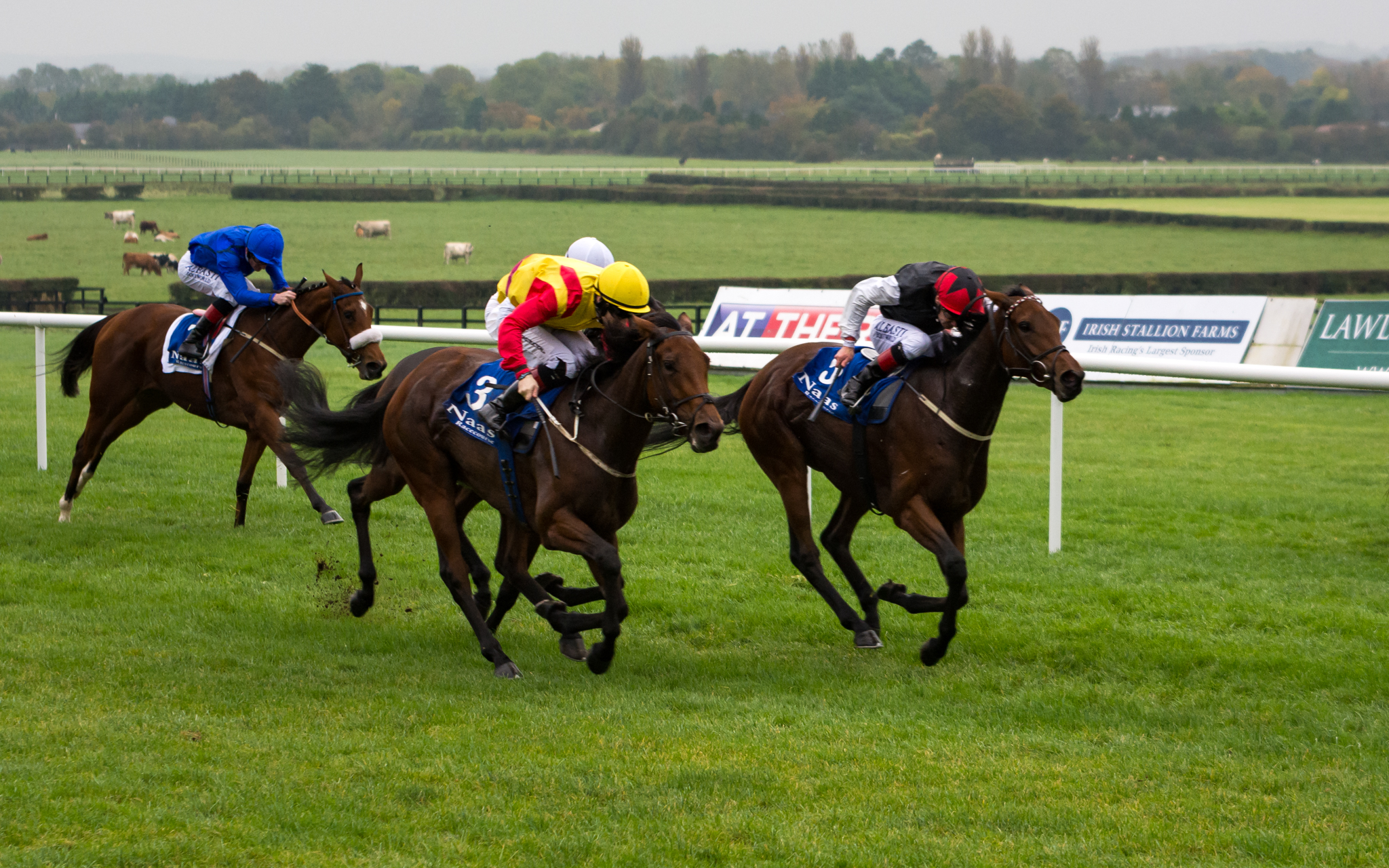 Despite being an eight year old, judged on last seasons form, Indian Chief looks one who could still run a bit better than his current mark suggests. a handicap rating of 84, based on RPR’s and TS, as well as visuals from the back end of last year, seem a good indicator that he’s a really interesting runner in this race.

I wouldn’t read too much into his poor comeback run. It was a pipe opener. However, his last good handful of runs in 2017 are predominantly fine form. I felt he was minded when last seen as he had too much too from the back in a tough class 3 Handicap at Nottingham at the end of October.

A week earlier same place Indian Chief was tanking a long but incredibly unlucky, not getting a run whatsoever. He’s on the same mark today, and a return to that sort of form will see him go very close.

Trip and ground hold absolutely no fear to him – in fact it enhances his chances.

A massive field of twenty runners go to post in the traditional pipe opener of the Irish flat season. Heavy ground is awaiting them – it should be a slog.

Plenty of right boxes ticks Richard Fahey’s runner Third Time Lucky. He’s proved in the past that cut in the ground isn’t an issue, though, he hasn’t encountered this deep a ground since his maiden win.

However, Third Time Lucky is an experienced big-field handicapper and tends to run well in these type of races – as evidence his 2015 Cambridgeshire success which came off the same he’s racing of today.

He hasn’t won since February last year, which came on the All-Weather, off a 2lb higher mark, but subsequently raced in tough handicaps off big weights. He’s in good nick, however, as he shown most recently at Wolverhampton when finishing strongly in a hot class 2 contest.

I feel this trip with the slow ground and likely good pace could play right into his hands. He will need to get a bit of in-running luck given his hold-up style and a less than ideal draw. But with no obvious choices in this race, he looks one who has a better chance than his price tag suggests, in my mind.

Last years winner Stuccodor has another crack at the Irish Lincolnshire and tries to defend his crown. He prevailed inan exciting finish twelve month ago and trainer Dermot Weld will be pleased to see the rain arriving right in time. Stuccodor proved gutsy last year and with conditions to suit is one of the main contenders once again. However he has to overcome a massive weight this time, even though this is offset to an extend by a useful claimer in the saddle. Nonetheless this looks a stronger race than last year and it is a big task to win this as the top weight.

The lightly raced Onenightidreamed heads the market and his lightly raced profile gives him a very fair chance to go close off a potentially lenient mark, if he can overcome an almost year long break. Another well fancied horse in single-figure odds is Unsinkable. He won a big Apprentice Handicap at Leopardstown when last seen and could well improve further, but first has to overcome a 11lb hike in the mark. Not an easy task in a classy field as this years one in the Irish Lincolnshire.

A lightly raced contender is certainly You’re Fired as well. Progressive over the last two seasons, it wouldn’t be a surprise to see him going close. He’ll relish any drop of rain. But is he good enough? We’ll find out. Veteran Vastonea won the Topaz Mile at the Galway Festival last year and ended last season on a high, when going agonisingly close in the Irish Cambridgeshire of a career highest mark. Boomshackerlacker ran with loads of credit at Meydan’s dirt this winter, but may find this here a big ask off a big weight over a trip he’s never been successful at.

It’s noteworthy that Frederik Tylicki comes over from the UK only to ride Haaf A Sixpence. The six year old gelding was much improved lately when landing a good Southwell Handicap. He may have finally turned the corner and a return to turf right into a big handicap may well suit. He has done remarkably well in those kind of races in the past and is only 2lb above his last turf winning mark, which came in a very strong Newmarket Handicap in autumn 2013.

Defining Year, the second Weld runner in this race, has a poor strike record over the one mile trip, but ran a couple of excellent races in defeat. It has to be noted that he comes down in the weights and it wouldn’t be a surprise to see him going close. Aiden o’Brien saddles improving Bishan Bedi. He’s been a good winner on the Dundalk All-Weather, and may have still a bit more to give, but that says he has to improve quite a bit to have a chance.

You always have to respect Kevin Prendergast runners and I feel he has an outstanding chance to go really close with lightly raced Maskoon. The now four year old ran a couple of really nice races last year, has proven track, trip and ground record and may well exploit his Handicap mark. He gets a very nice chance by the handicapper and with the 5lb claim of useful apprentice Gary Paul Halpin in the saddle, he should really be a big runner here.

Another one who may be able to make use of a slipping mark is Third Dimension. He won a good maiden over 1m last year, and ended the season with a very strong effort in a big 10f Handicap at Leopardstown, when he didn’t get the run of the race but made eye-catching progress in the closing stages. With the soft going in his favour, I feel tone mile could be about the right test for him with the likely fast pace sure to suit.

Hasanour was improving all the time last season. A winner at the Galway Festival and subsequently at the Curragh, both times in hot Handicaps, he should have the right tools to run really well, if he is fit on his seasonal debut. He has to overcome a career highest mark, but could be up to it. Aussie Valentine could be a dark horse. Silvestre De Sousa is an interesting jockey booking.

Verdict: Plenty of chances, and I feel that Maskoon could easily outrun his big price tag. He’s allot in his favour. Haaf A Sixpence looks a serious chance as well. He loves these type or races and poses good recent form. He is overpriced in my mind, as well as progressive Third Dimension, who may find an ideal test in the Irish Lincolnshire.