This is a rather poor Group 3 turf race even by US standards, which is the reason why two questionable stayers head the market.

Godolphin’s Nations Pride and Classic Causeway have met twice over shorter middle-distance trips as part of the Caesars Turf Triple Series this season, with an even split of victories.

Nations Pride, as a son of Teofilo, is odds-on and expected to stretch out over 12 furlongs after his recent excellent Saratoga Derby success.

On the ever turning Aqueduct inner turf track on firm ground there is a solid possibility he will do get the trip. He’s not unbeatable, though, his price (possibly) still driven by early season reputation when he was an English Derby contender.

I doubt Classic Causeway will find this race distance wise and tactically difficult. On the other hand the German raider Ardakan is probably underestimated here.

Obviously he won’t lack stamina. In fact he’ll relish going up in distance. He won the Derby Italiano over 1m 3f earlier this year where he showed a lot of guts, and then finished like a train in the German Derby.

Especially the Hamburg performance is noteworthy. This was a pretty good renewal but Ardakan had a troubled day. His wide draw didn’t do him any favours. As a consequence he had tons to do turning for home. I reckon, on another day Ardakan would have gone seriously close.

He was not disgraced when third in the Group 1 Großer Preis von Berlin subsequently. I though the race wasn’t quite ran to his liking, with a somewhat muddling pace. More aggressive tactics would have helped.

The firm ground is a concern today, given he has not encountered it before. In contrast some of his best performances came on much softer. On the other hand he did just fine on genuinely good ground. That’s gives hope.

I do hope Andrasch Starke will move forward, utilizing the stamina this son of Reliable Man clearly possesses, making this race a test of stamina, rather than one of speed.

If he does so, and possibly even can get first run hitting the home straight, Ardakan won’t be stopping anytime soon and could be difficult to get to for the rest in this field, as they stamina may run out.

Btw. this race is usually run at Belmont. Due to building works there this race, as others, have moved to Aqueduct. A few years ago I went there on a trip to New York. It was a cold December day. A bit of snow on the ground and in the air. Racing took place on the inner dirt track.

It was one of the bleakest days I’ve ever spent at a racetrack. Aqueduct is a massive place, but it was so sparsely attended on the day. It felt so empty, nearly ghost like – apart from a bustling Casino attached to the stand. It was a completely different sort of atmosphere to the usually much more colourful and interesting atmosphere encountered in the UK and Ireland. 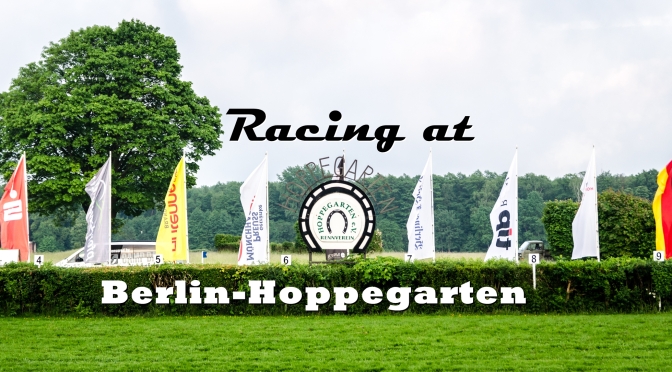 Monday Night, the first of June – It’s windy, chilly and lashing down – Summer seems far away. But if you’re a racing fan this doesn’t matter to you. You’re going racing because you love the sport and if the opportunity arises to pay a visit to a new track you do it.

I am a racing fan and off I went to Berlin-Hoppegarten earlier this week, braving nature. It was supposed to be the highlight of my time in Germany’s massive capital, where parts of my family live. Racing’s always on my mind, though, so to miss the intended visit of Berlin’s only racecourse for thoroughbreds (there are also two tracks for harness racing) was out of question. Regardless of how bad the  weather might be.

Hoppegarten racecourse is conveniently situated in the suburbs of Berlin, easily accessible with public transport. Leaving the hustle and bustle of the booming city behind, it can be a welcome change of scenery: Hoppegarten is a green oasis, full of charm and character, with a beautiful old wooden grand stand.

Once you arrive in Hoppegarten you’re going to be greeted by a relaxed atmosphere, while a delicious smell is waving through the air – a mix of freshly cut turf and charcoal-grilled Bratwurst!

No, it wasn’t exactly top class racing on offer that night – eight races, some more or less decent handicaps… no signs of glamour at all. But hey, this is Hoppegarten, not Royal Ascot!

Nonetheless a loyal crowd gathered around the parade ring for the first race – only a class 4 Handicap – to watch in awe the runners preparing. In desperate conditions the eventual winner Niron came flying down the stretch to win in style under a well timed ride from René Piechulek. After their heroics, horse and jockey paraded in front of the stands bathing in the rain but more importantly a warm applause from the locals.

And so it went on, a wet night, eight races, most of them producing some exciting finishes. There was loads of cheering and clapping, horses parading, owners, trainers and jockey joyful as if they’d won the Derby! It was a unique, honest and friendly atmosphere. As a racing fan I loved every minute of it. A good performance is a good performance, and so is a good ride, regardless of the class of the race.

Grassroots-sport…. racing in its purest form – it can be as beautiful and exciting as the colourful Derby Meeting at Epsom Racecourse – which is sure to excite us this weekend!

What you certainly wouldn’t experience at Epsom, though: a race held in almost complete darkness. So it happened in the final race on the night. A false start didn’t help the matter, nor the emerging fog. So it was more listening to the enthusiastic track commentator than seeing it, but the four year old filly Ishasha scooted clear to win the finale – and earned me a few quid – my only winner on the night!

Yes, Berlin-Hoppegarten left a lasting impression on me. I really loved it, despite the rain – and in all seriousness, it was allot of rain! Though the sun looked through the dark clouds towards the end, bathing the course in some wonderful golden light for at least a couple of minutes…. it was very special. So I can’t praise Hoppegarten highly enough. A real gem. If you’re ever in Berlin, don’t miss it! 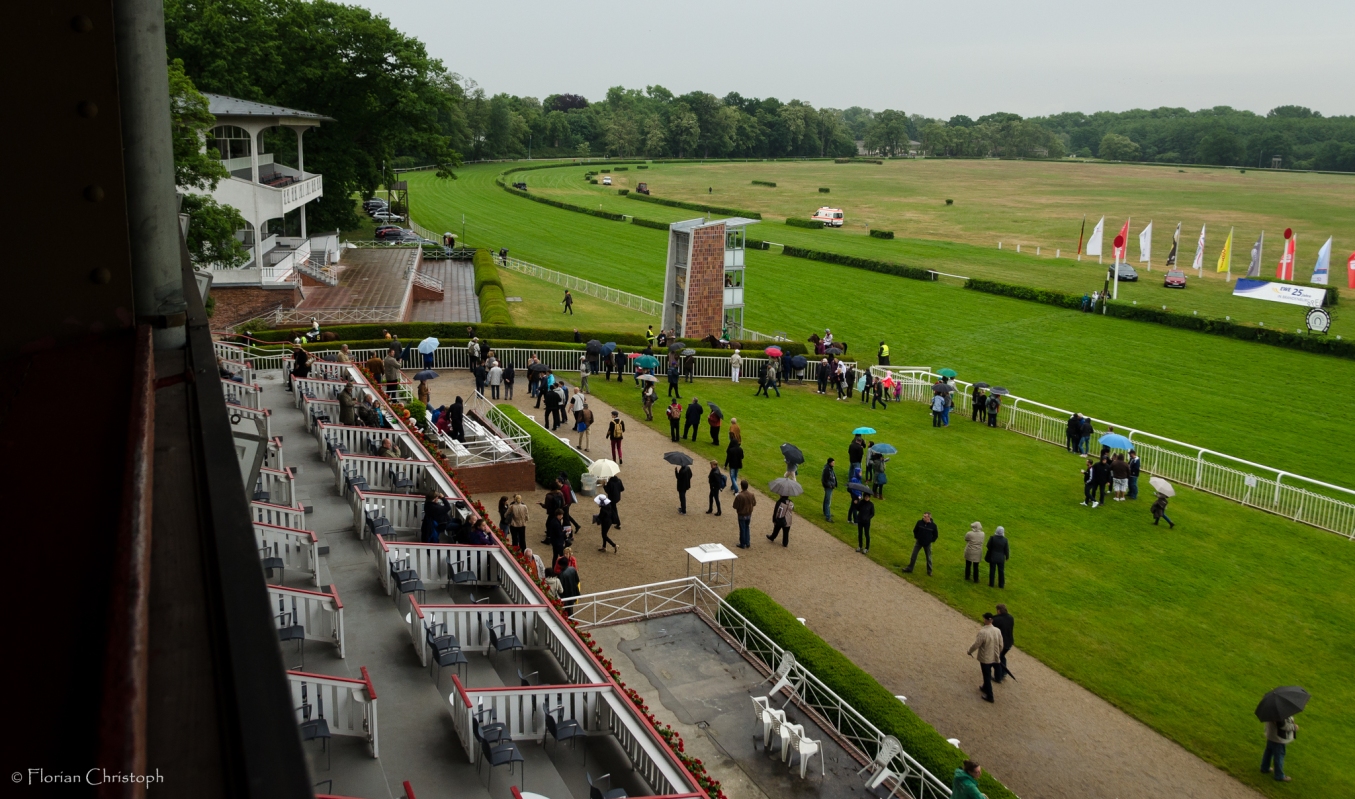 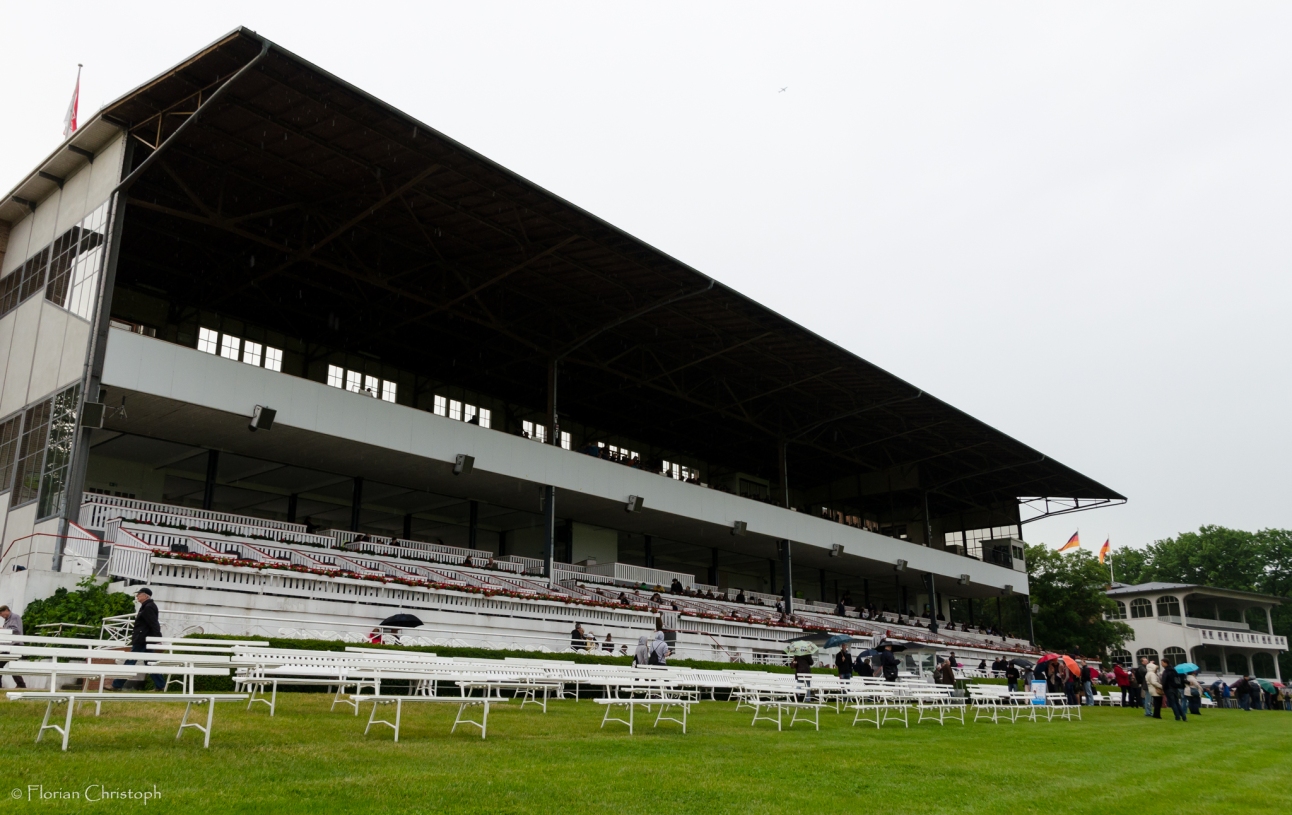 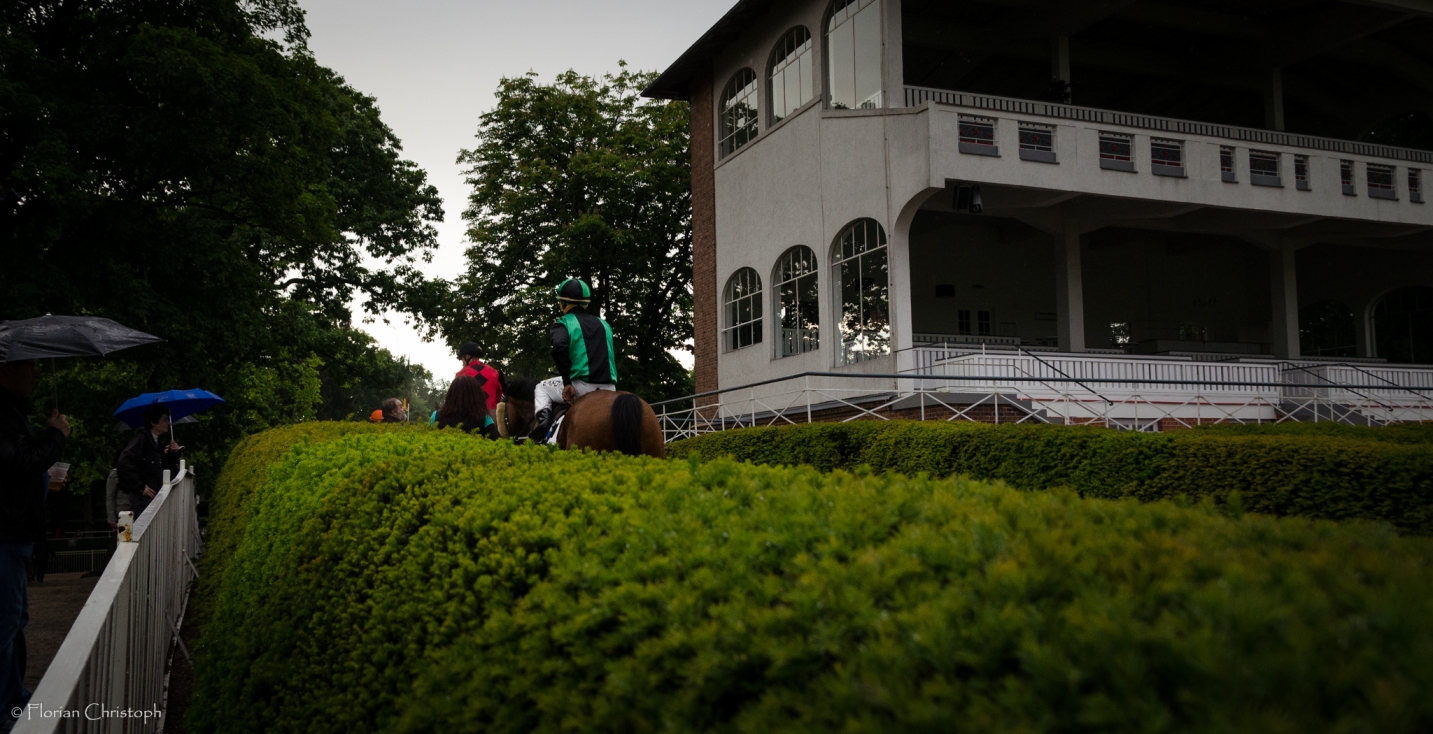 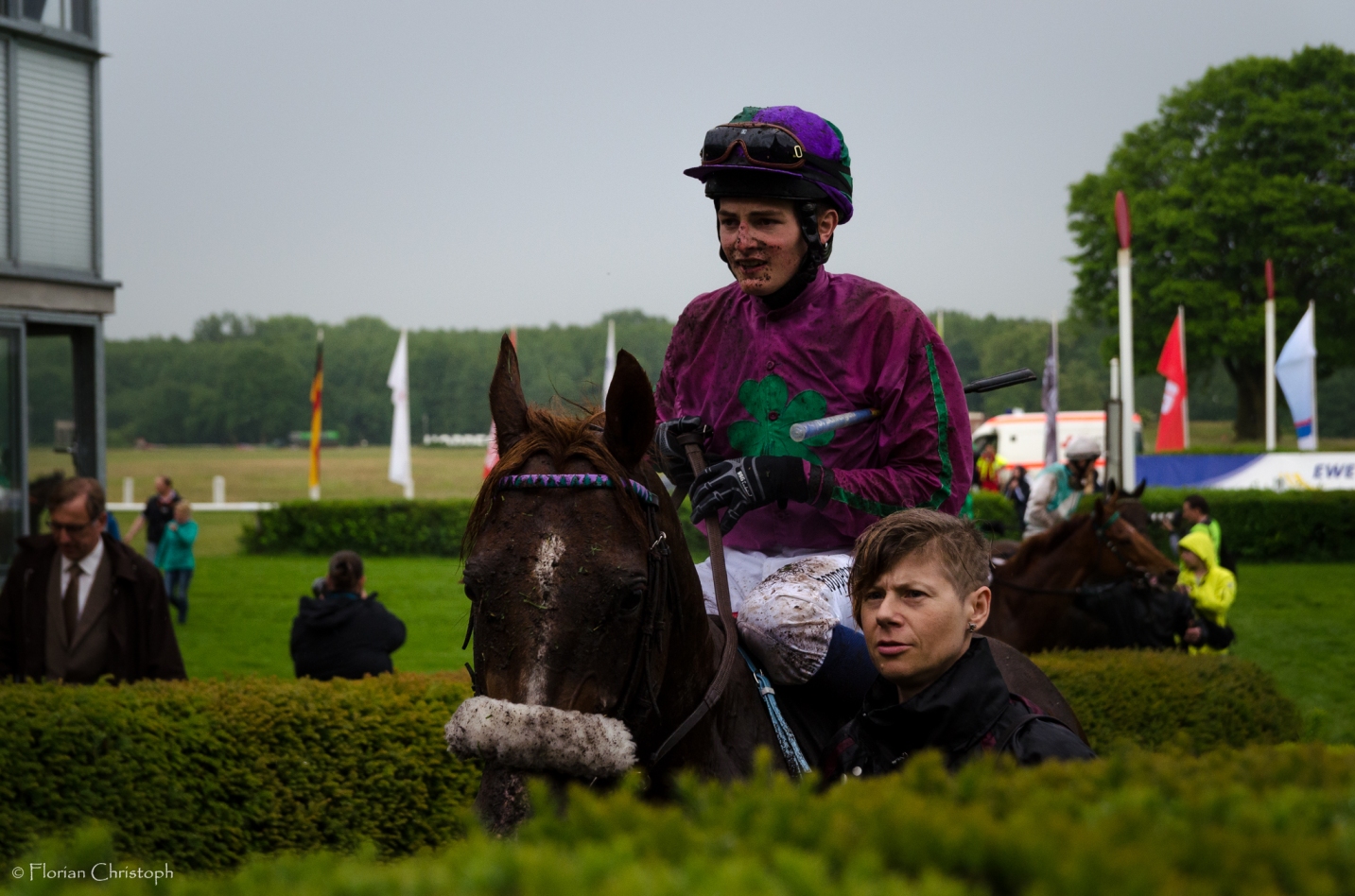 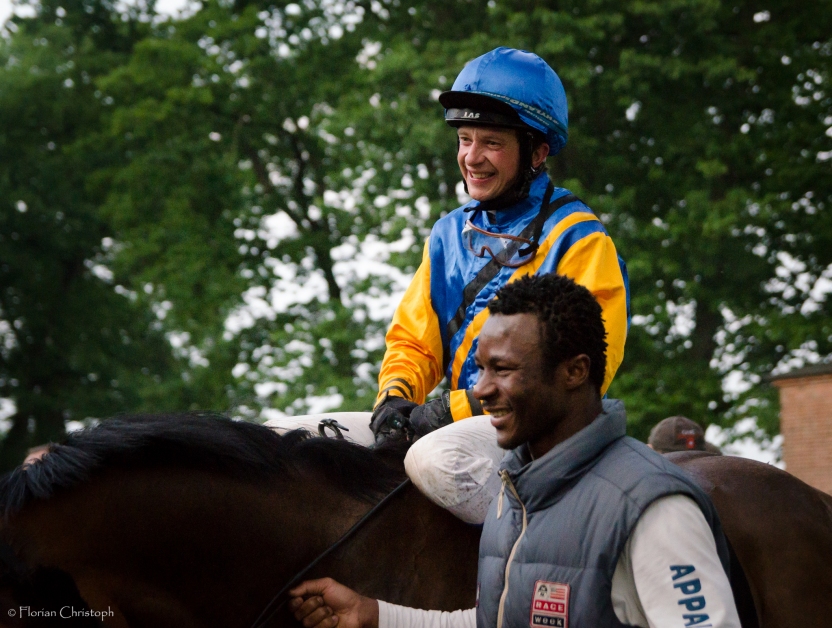 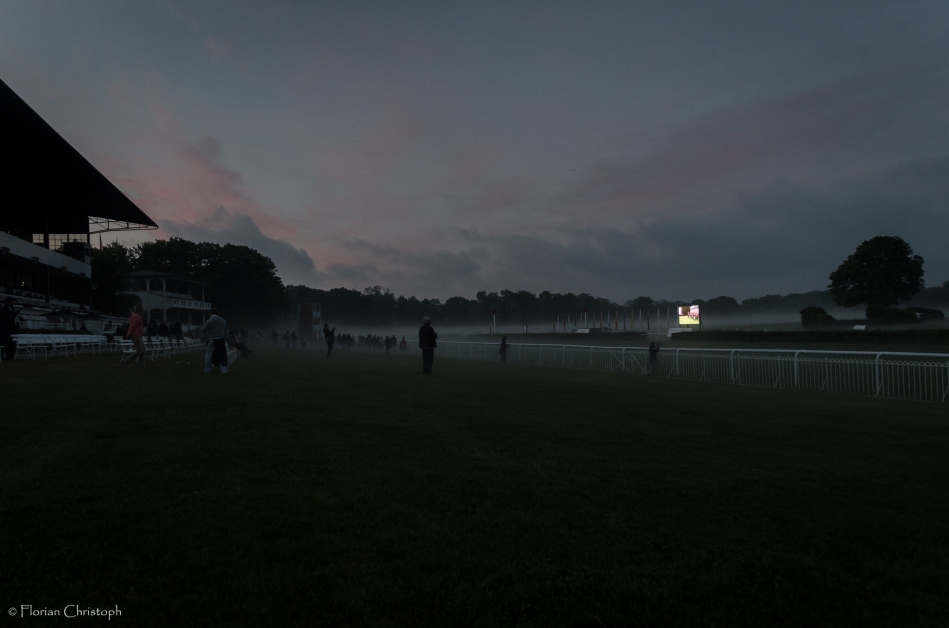