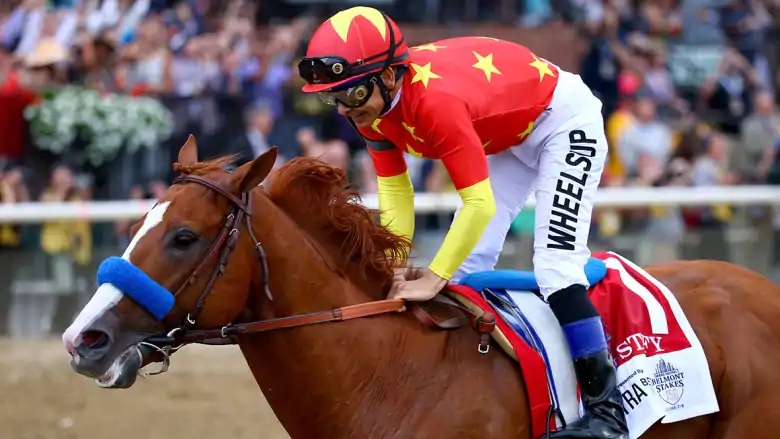 Oh I was so wrong! How glad I am to be SO wrong! Justify justified all the hype to become the 13th Triple Crown champion!

He did it and he did it well. This was – in my eyes – his best performance by a country mile. Put simply: the task on hand, as outlined in my preview, seemed an incredibly steep climb beforehand.

For some reason this Triple Crown touched me more from an emotional side of things than American Pharoah’s. Maybe because the whole campaign felt more humble, more authentic than all that surrounded Pharoah’s campaign.

A return to form at Redcar last months brings Justanotherbottle right into the picture here. He was going away at the end picking up the pieces off a strong gallop.

The now four year old ran extremely well in some big handicaps in the second half of 2017 while also being incredibly progressive, winning twice throughout the year and improving his handicap mark by 21 pounds!

After his last success a career highest is needed today. I feel with ever improving apprentice Ger O’Neill who’s worth every single pound of his 5lb claim this is possible to achieve in this race.

He’s a CD scorer already, the fastish ground won’t pose any problems and he is one who looks still on the up with a an assignment at higher level on the cards fairly soon. I have him closer to the top of the market than his current price, that is for sure.