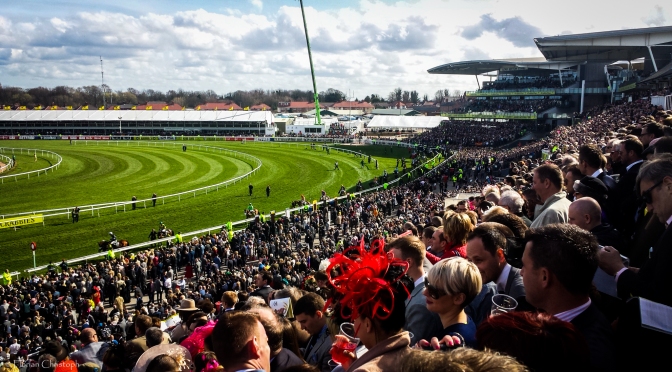 The Grand National is still THE race. Whatever the talk of the race having become a “glorified Cross-Country Chase”, the National continues to dominate headlines and has people talking in positive terms about racing.

Why? People talk about it. People who’d have no clue what the Cheltenham Gold Cup is. Mainstream media is talking about. Mostly in positive terms. This is racings shopping window. The race that proves the sports relevance to a wider public.

Nothing of that concerns pure racing fans. But it concerns the long-term health and future of the sport.

Therefore a Grand National that bridges the gap between safety and spectacle can continue to write great stories that capture the imagination of racing fans and people outside the bubble in equal terms – as opposed to stories about fatality numbers. This is crucial to any survival of the race and the sport of jump racing.

It’s surprises me again and again how many people inside the industry don’t grasp this correlation.

As for positive stories: the 2022 edition didn’t disappoint. All horses were reported to be back in their stables post-race. Zero fatalities is a win for the safety and for the sport. And a loss for the radical animal welfare brigade who had their social media campaigns ready to launch wit the click of a button.

The story of the race, though, is of course the fairytale victory of Nobel Yeats. The first 7-year-old to win the national since 1940. A rather inexperienced horse with only seven chase runs up until today. He went jumping a hurdle under rules only 13 months ago. This was a 50/1 shot, one who preview articles awarded a 1* star rating out of five possible – basically a no-hoper.

And there’s the rider. Sam Waley-Cohen. An amateur. A hugely successful one, mind. Who announced his retirement before the race. Cohen’s final ride and he finishes his career with a Grand National! Fairytale stuff. Stories only the National can write. Or at least the one race where those stories resonate outside of the racing world, too.

On a personal note: looking back at my shortlist of ten horses and comparing with the eventual first ten horses home I’ll give myself a pad on the back for not having been too widely off the mark:

Truth being told, though, I wouldn’t have given the winner Noble Yeats neither and Santini – despite all his former class – nor Romain De Senam any chance whatsoever to win or even finish close to the placings.

My two selections Fiddlerontheroof finished 5th and Longhouse Poet 6th. These where fine, fine runs. Longhouse Poet appeared a bit more dangerous for most parts of the race. Ultimately both horses didn’t quite get home in the end.

No shame in that. I’ll got great runs for my money. And the horses have done themselves proud. If I’d have been an each-way player they would have paid handsomely for their placings. I am not, of course.

What matters to me, though, is I that feel correct in my assessment that prices around 20’s where underestimating their chances, hence they where value odds – and the fact both went off a good deal shorter confirmed the notion.

In conclusion I can only say I seriously enjoyed this years Grand National. Great field, great race, great performances from horses and jockeys, everyone’s home safe and we got a fairytale winner. What’s not to like?

Edit: It has just emerged that #21 Discorama has sadly been lost post-race. He was sensibly pulled when things went wrong during the race but couldn’t be saved. Devastating news.