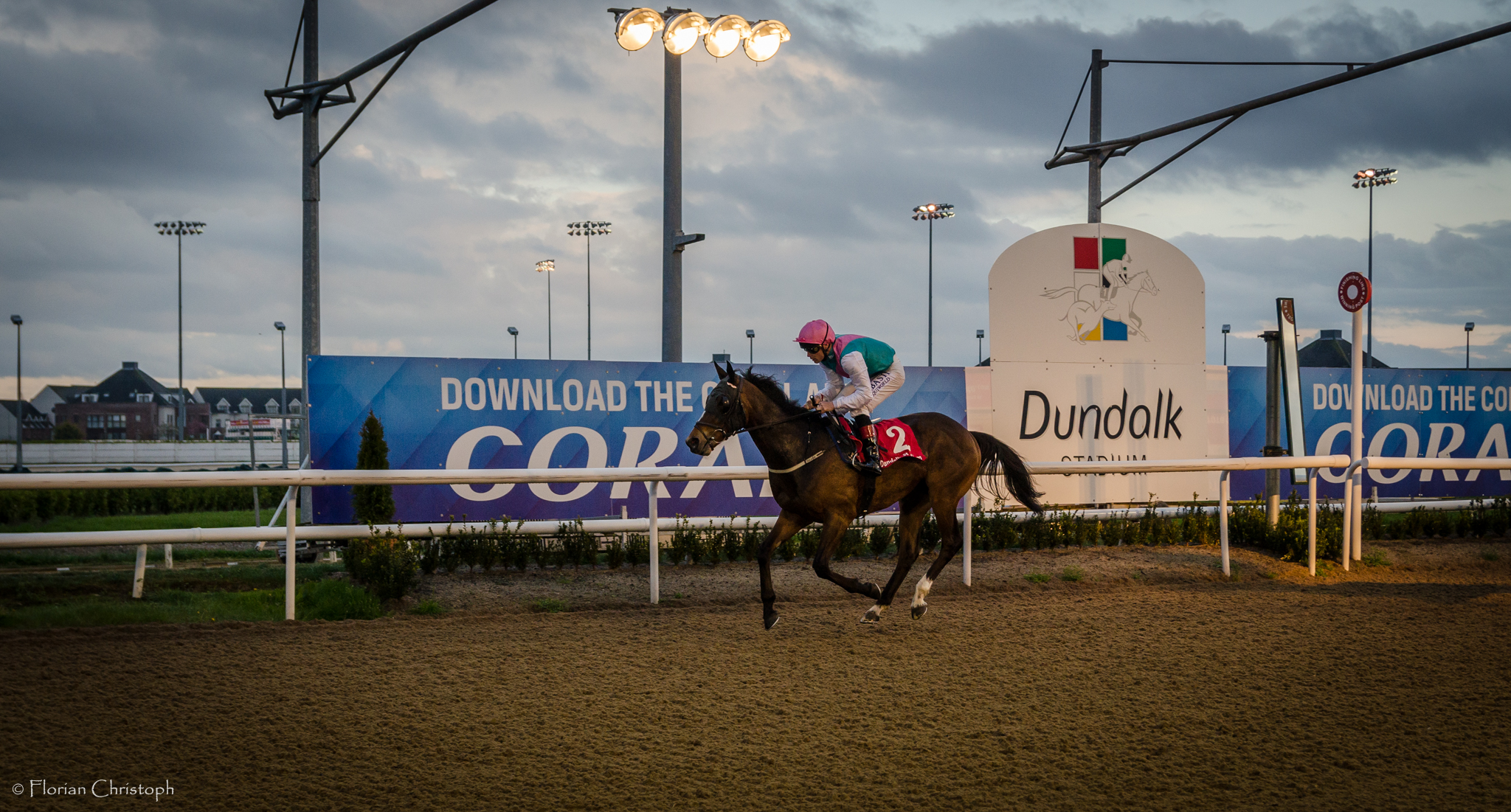 Quite an interesting contest and I like nearly a handful, in fact, though, most of them I decide to monitor today and hope the handicapper might be lenient so they become hot property next time.

The one I do fancy today to run really well is Comhghairdeas. The gelding has fallen to an Official Rating of 47 now, after starting year on a 24lb higher handicap mark. He was largely well beaten throughout the season, albeit showed a little bit of hope when 5th at Listowel in December and sixth here at Dundalk in his most recent start.

It is also noteworthy Comhghairdeas achieved a 51 topspeed rating at Limerick back in June, on what his second run after coming off a near year long break. Before that break he was highly competitive of marks in the 70’s up to winning off 80. And he ran eleven times to topspeed 51+ in his career.

So if any life is left in Comhghairdeas then he could be handicapped to go close today, particularly as he drops down to 6f, which is a more suitable distance than the 7f from last month.

That most recent performance is a much better one than the bare form suggests, though. Comhghairdeas  finished sixth, 5 lengths beaten in a competitive race – the form has been franked in the meantime. He travelled really well for long, didn’t quite get the clearest of runs in the closing stages but more likely also didn’t quite get home over the 7 furlong trip.

Now another 2lb lower, down to a more suitable trip, a fair 7lb claimer on board and decent draw to play with, I feel Comhghairdeas can outrun his price tag, that is already coming down significantly anyway.