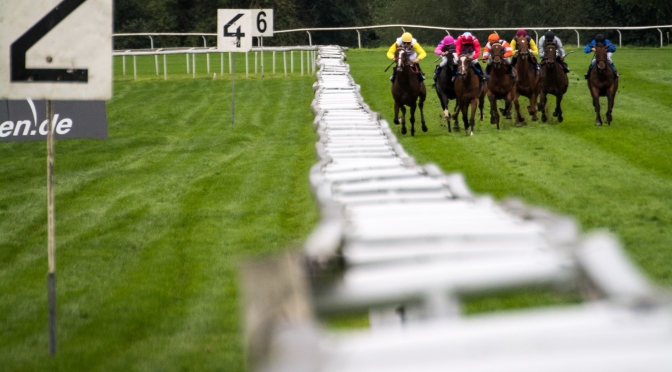 Another winner today – Crowned Eagle (advised @ 2/1) won at Windsor despite never really looking overly comfortable. He certainly seemed not a straightforward ride, yet class got him over the line in a race that had a profound impact on the meeting.

In the grand scheme of things in the world of racing this Windsor Handicap was only a footnote. Though for the raceday itself it was the beginning of the end:

Comrade Conrad, ridden by Harry Bentley, slipped badly on the bend before turning for home which cost him every chance to win the race but ultimately could have resulted in a bad injury to horse and rider.

After the next race a delegation of jockey, trainers and course staff went out to inspect the track and subsequently decided it was not safe to continue.

Remarkably: this is the second year running that this exact meeting – which features a Listed contest – had to be called off halfway through the card for this very same reason!

No coincidence! In fact it is down to the shambolic watering policy of the track which is a common problem. Sure, it’s not easy for the clerks, I’ve all the sympathy in the world for them. However it is their job to provide safe ground. Fair enough, they have to make decisions and sometimes can get it wrong but over-watering happens way too often.

And that was the issue here at Windsor tonight: why watering a track that is good to form the evening before – so perfectly acceptable conditions –  with rain forecast the next day? It’s from my perspective – my armchair perspective that is – plain stupid.

Anyway, on to nicer things: the excellent Beyond The Game TV uploaded a nice little film on the living racing legends in Australia – some of the most popular thoroughbreds of Aussie racing enjoy retirement at the Living Legends facility near Melbourne.

Well worth to watch the film (below) and of course visit these champions if you ever have the chance – I’m going to be “Down Under” next month and have this trip firmly on my agenda:

Mark Johnston’s Kodiac colt Go Now Go Now looks an overpriced individual in this race. The colt was very green on his debut last week at Ayr where was sluggish at the start while then very keen during the race and disorganised when it mattered most.

However under a clearly educational ride he finished the race nicely and responded quite well to a tender flick with the whip.

He ended fourth in what appears to be a half-decent maiden against more experienced rivals and should have learned plenty. He’s entitled to improve from that run, particularly for the switch to Beverley where his sire Kodiac enjoys a very good success rate.