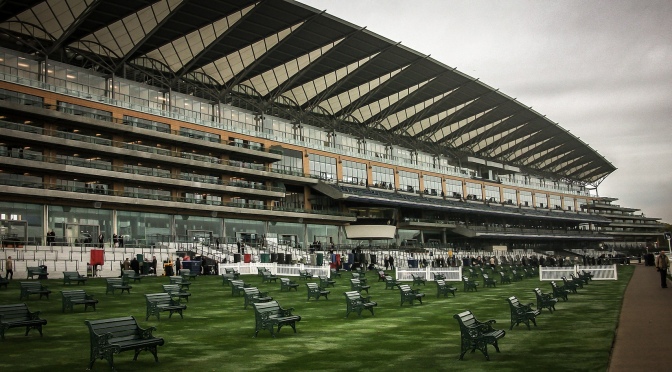 Uh, this was quite decent day… two winners and both did the job very nicely. Brimham Rocks (5/2) never really travelled but he did have, as expected – or at least hoped – plenty in hand when it really mattered. Whereas Otomo (6/1) clearly enjoyed the drop in trip and made all from the front in fine style.

I was quite keen on Frankel son Seven Heavens in the European Free Handicap two weeks ago when he returned from his winter break. Unfortunately the three year old pulled his chances away in the early stages of the race. He was far too keen to last home the full seven furlongs distance at the Rowley Mile.

This a recurring theme with this exuberant colt who shares quite some similarities – not only in terms of looks – with his prominent daddy.

Hope is not lost, though. Fast ground over six furlong on a galloping track like Ascot may suit allot better, so the drop in trip must not be a negative. Much the appositive. His pace and exuberance might be an advantage here.

So can be race fitness over the majority of the field where no less nine of twelve horses are returning from a seasonal break.

I believe this is an ideal chance for Seven Heavens to show us that he can be a pattern horse. The jury is still out, it’s not clear how good he is, given his two wins from last season are nothing to shout about form wise at least.

However he has the pedigree, the looks  and appeared to be having talent. There won’t be any excuse for a below par showing this time, that’s for sure.