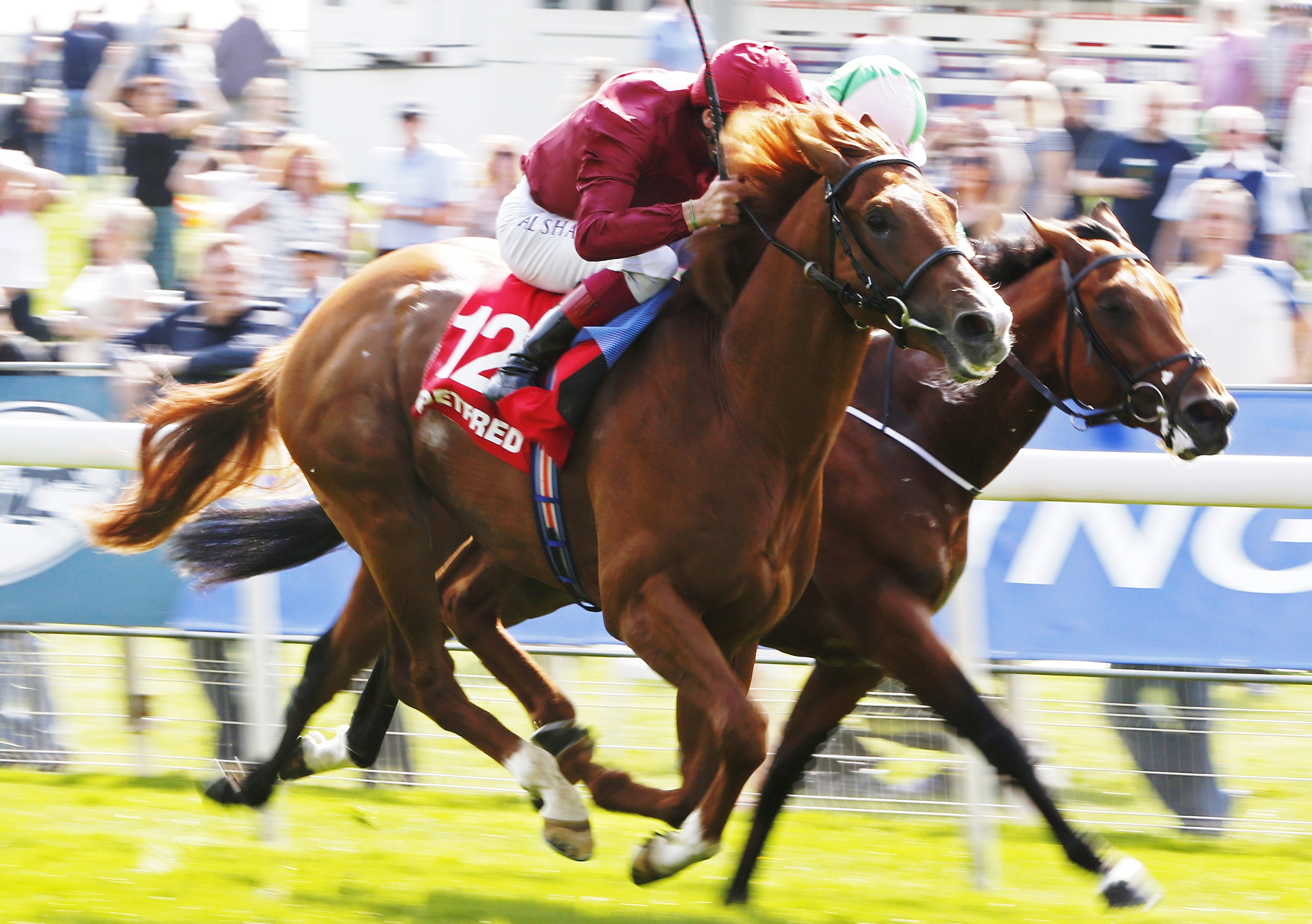 It shouldn’t feel easy to oppose a horse with an ultra impressive record reading something like 11-111 for the last five starts. Even more when those wins came in either Group 1 or 2 company. It shouldn’t be easy…..

But it is! Postponed, red hot favourite to land the Juddmonte International today, developed into a serious world-class horse, no doubt. He’s going to be a prime contender to win an Arc this year,should connections opt to go down this route.

That’s the future – but what about today? Well, I’m leaning wide out of the window – potentially making a fool of myself – nonetheless I have to say Postponed should not be clear cut favourite today. He really shouldn’t!

See it this way: except for a maiden success, Postponed has actually never won below 11 furlongs – in fact all his wins on Group level came over one mile and half a furlong!

He’s not a slow horse. And yes, given his impressive performances lately, it appears that he could well have enough pace to be competitive over 1m 2f – yet he simply hasn’t shown it in the past – or at least it was never good enough to get his head in front.

Now, he looked super impressive in the Coronation Cup at Epsom. Naturally that form should give him a major chance. One the other hand I feel the drop down to 10 furlongs at flat York on fast ground is an entirely different test. He’s meeting some speedier sorts and I suspect he’s get rolling way too late.

So if not Postponed, who then? Well, Globetrotter Highland Reel must play a big role. He is not a flashy superstar by all means, but developed into a consistent top level performer.

He’s excelled over 12 furlongs lately, though I believe he has enough pace to ensure a drop in trip is no big deal. Let’s not forget Highland Reel won the Goodwood Vintage Stakes over seven furlongs as a juvenile, where he produced a stunning turn of foot.

However the most likely winner of the race is Godolphin’s Hawkbill. His Coral Eclipse success, subsequently franked by The Gurkha in the Sussex Stakes, is the strongest piece of form on offer in this field over the 10 furlongs trip.

As a three year old with weight for age advantage he must have a tremendous chance – as long as he acts on fast ground. As a son of Kitten’s Joy you would think he’s got no issues with that.

However looking closer, Kitten’s Joy offspring actually has not been all that successful on fast ground in the UK over the years. Only 9.6% of his daughters and sons won races and even less of those won on fast ground over 10 furlongs.

John Gosden’s Wings of Desire gets another chance today to prove he is a proper Group 1 horse. The Dante Stakes winner and Derby fourth was far from disgraced in second place behind Highland Reel at Royal Ascot but seemed not to get home over 12 furlongs – so dropping him back in trip is a positive.

I feel this is his best chance to win a Group 1 to date. In fact today he really has to show what he’s made of. No excuses. He has to improve a bit, of course, but with conditions very likely to suit, he has every chance to find the bit of improvement needed to challenge hard.

Interesting side note: Wings Of Desire is a son of Pivotal, whose offspring performs incredibly well over this trip and ground at York – a small sample size it is, but a 60% win- and 100% place strike rate in pattern races seems significant.

Anyone else with a chance? Well, you can’t rule out Mutakayyef. He won two on the bounce and tries to bring this form to the highest level now. Dariyan has been disappointing lately, but on his best, could finish in the money.

That says at the prices, I think Wings of Desire is the most compelling bet in the race. I really do expect him to run a huge race.

Best of the Rest: