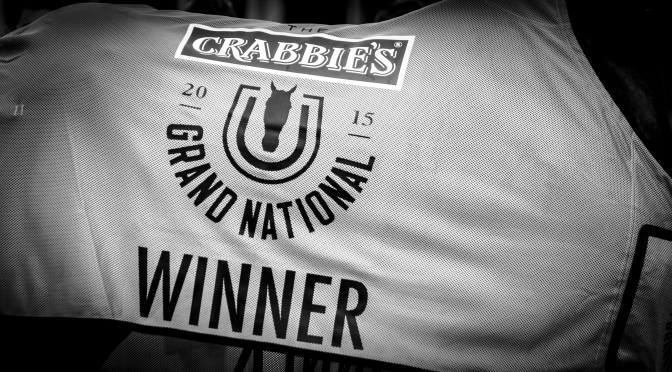 It’s the big one – Grand National Day has arrived! A race that captures the imagination like no other. A worldwide TV audience of over 100 million tunes in for the greatest horse race of them all!

It puts racing on the front pages, it demonstrates the resilience, power and beauty of the race horse and the sport. Yet it can swiftly produce those shocking images of dying horses, asked to do the near impossible, jumping error free those huge fences.

Animal welfare is always a huge concern, a huge issue on this particular day. Those fanatics who want to ban the sport will sit in front of the TV, a mouse click away from publishing their articles on cruelty of the sport, though their conflict of interest, wanting to slate the sport for the “love of the animal”, yet their need for dead horses to fulfil this purpose – I feel sorry for these poor souls.

Let’s focus on what’s important: the race is safer than ever. Through changes made it might have lost some of its brutal spectacle of the past but in my mind it remains the ultimate test for horse and rider – just a bit safer, not necessarily easier.

I’ve been to Aintree myself last year, my first National “in flesh”. Some experience, indeed. I saw the brilliant winner Many Clouds, who was far more superior than the winning margin suggested.

Can he do it again? Possibly! In my mind Many Clouds is the one defending champ who has the best chance in a very long time to actually defend his crown. That is because the conditions are near perfect for him, but more importantly he retained his class and will to race after winning the big one. So many National winners never really came back – he sure did!

Many Clouds has been in excellent form throughout the season, with the National the ultimate aim. He looked brilliant in his final prep run at Kelso. Yes, you could say his handicap mark is five pounds higher than last year, but I say it’s a fair reflection of his improvement and well being and unlikely to stop him. He was easily those five pounds better than the rest last year, and I suspect it does still not reflect his true ability.

I do really fancy his chances! He’s proven over this special test, he’s a good traveller, he jumps really well, has the form in the book – he’s the one to beat, no doubt. At 10/1 I’m in!

There are two other horses I do quite like too: Sir Des Champs is one. Ruby Walsh had to give up the ride due to an injury sustained when he fell on Vautour yesterday. Replacement Nina Carberry is equal to the task.

I always had a soft spot for Sir Des Champes, probably because I won big on him at Cheltenham. But this brute of a horse has an aura…. It was great to see him winning on his comeback this season after a long absence. He was found out for class the last two times, but in fairness you don’t need to be a Grade 1 horse to win the National. You’ve got to have the right attitude, have a good  handicap mark and be a sound jumper.

All that is Sir Des Champs. On a mark off 154 dropped into a handicap he should go close I believe, considering this represents a huge drop in class too. Stamina and jumping are his game, so I would expect him to perform really well. He’s a fine 25/1 shot.

The other one I like is Holywell. It’s really not difficult to see why. He usually comes alive at this time of the year as he prefers the slightly better ground. He proves to be in excellent form after finishing a gallant runner-up in the Ultima Handicap Chase at Cheltenham. The winner of that particular race has bombed out yesterday, although when thrown into Grade 1 company.

The National could be the right test to bring out the best of Holywell. His mark is clearly fair, could actually underestimate his true class, given he goes so well at Aintree, in spring, on this type of ground. He’s a 16/1 shot.

Both Sir Des Champs and Holywell are available at those prices with Bet365 where you can get half your stake refunded for an each-way bet. That sounds’s pretty fair to me. Good luck – and fingers crossed all horses come home safe.