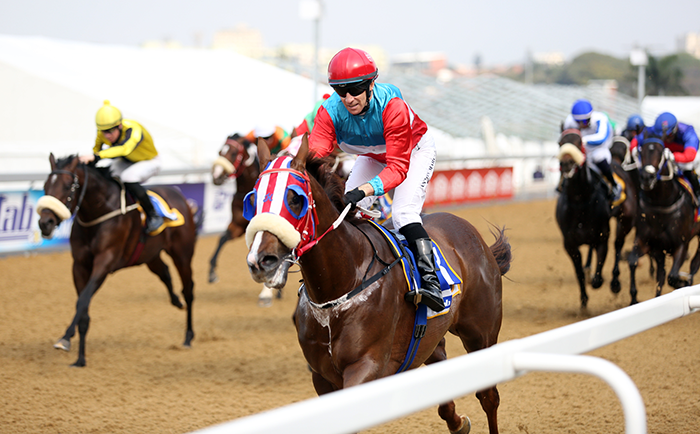 With the scratching of Highway Explorer and Piano Man this Handicap is decimated by two of the more likelier sorts where now only three horses can be realistically have a chance to win, as long as they run to their true form.

The three year old Cutting Edge has an edge in the weights and should strip fitter today after a fine comeback run in December. He’s the highest rated individual in this race and with Delpech on board will be a major player.

That says I’m keen on De Kock’s Jayyed today. He’s coming off a half year long break, however seems best as a fresh horse and won a maiden plate last year after a similar lay-off over this 1.200m trip. The switch to polytrack should suit perfectly on pedigree, and after having to face top class opposition in graded company in all his last starts, this represents a much easier task.

There is the chance the run is only to sharpen him up and bigger targets may be ahead, over further distances as well. But with a talented apprentice on board who takes off valuable 2.5kg I feel Jayyed must have a serious say in the closing stages, as long as he doesn’t miss the break, something he did a couple of times last year.

Favourite Hooponopono is way to short in my mind. He’s consistent but has to prove he’s capable of winning off his current rating.

A better alternative seems the one year younger All True Man, who has to some extend a similar profile, but is a much bigger price. If you forgive ATM his last performance which was too bad to be true, then you see an ultra consistent runner who is one from one over course and distance and who’s been knocking on the door in similar races lately.

Going from pole position today combined with the handy 2.5kg apprentice allowance of Tristan Godden could give him the edge in this contest.