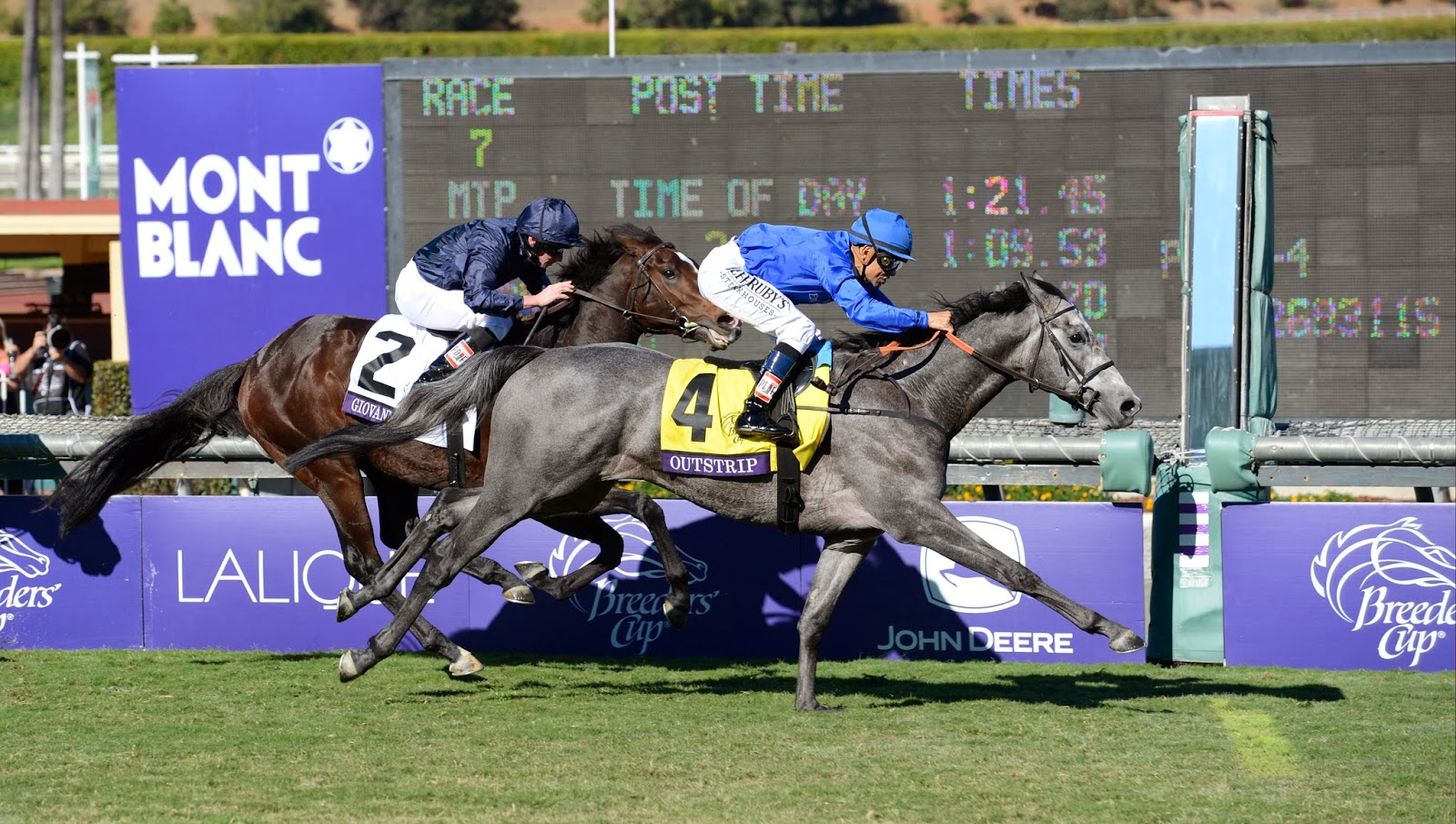 After his latest two impressive wins over seven furlongs, Safety Check is a hot favourite to make it three in a row. He always looked a classy individual and it is good to see him fulfilling his potential. His most recent Group 2 success in the Al Fahidi is the stand out form and for that reason alone he warrants an awful lot of respect. Is he a sure thing in this field, though? I’m not so sure about it. It’s now his third race in rather quick succession, and he has shown his very best over seven furlongs, which could point to him being a specialist for that particular trip. He has to bring all this now to a mile today, and will have to give three pounds away. He has previous form over the distance, but he encounters some classy rivals today.

On of those rivals comes from his own stable. Outstrip returns to turf after a rather disastrous try on the dirt. This should suit much better for obvious reasons. His Breeders Cup Grade 1 success is the form that is the best in this field by a country mile. Since then things didn’t go to plan in his classic season last year. He went straight into the Guineas after his seasonal break and finished tailed off. A very much improved performance saw him finding back to form in the St James’s Palace Stakes at Royal Ascot when he finished third behind Kingman and Night Of Thunder. The small field in the Sussex Stakes and a slowly run race didn’t suit him at all subsequently and it didn’t get better in the Joel Stakes either, which ended his season. After this recent outing on the dirt, it is hard to know what to expect of Outstrip today. He is the highest rated individual in this field, though probably flattered by a mark of 118. I believe he deserved another chance. No excuses today. Ground and trip are sure to suit.

Progressive Dark Emerald was impressive in Handicaps this winter and his latest triumph was very taking indeed. Not impossible that he can improve further, but he’ll have to lift his game to another level today. De Kock has a strong hand in the race with Anaerobio, who, if he could find to last seasons form, would be in with a good chance to go close, though age may be catching up with him and his best came over 7f. Darwin is an interesting runner. Thought to be a potential superstar when brought over from the US to Aiden O’Brien, he couldn’t quite live up to the early promise, but a third in the Sussex Stakes must rate strong form, however he had the run of the race back then and he’ll need to bounce back after a poor effort on the dirt. Johann Strauss is another former O’Brien horse now in De Kock’s care. Hard to know what to expect from him today.

Hugo Palmer’s Short Squeeze deserves a shot in this race today. He is a very fair performer in hot handicaps and Listed level. Perception is that he needs to find a bit to be really competitive here today. That says, on balance, I feel Outstrip is overpriced. One has to trust him to find back to something of his old best. No excuses for him today, though. It one last chance he deserves. All is set for a big run. It’s on Outstrip to show if he is good enough these days. A performance like at Royal Ascot last year, would be good enough to win this I suspect, and with fitness on his side after the last outing, he’s the one I side with here.