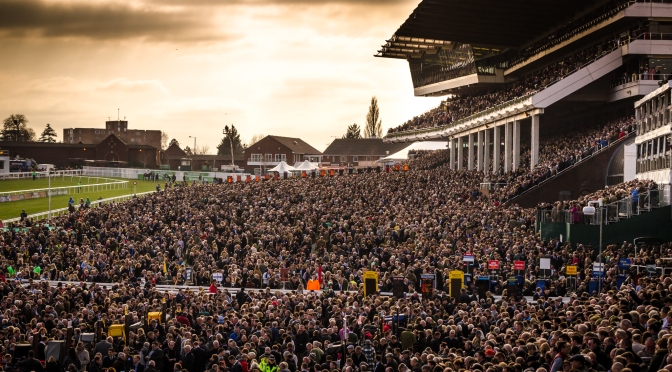 Here it is – Cheltenham is upon us! Well, nearly. Two more sleeps (or even less ,depending when you read this) then it’s the legendary roar that’ll send the horses on their way round Prestbury Park .

Let the games begin & let us find some winners!

It all kicks off with the Supreme – a surprisingly wide open affair this year. No outstanding star in the line up to get us off to a flyer. Though Willie Mullins saddles the favourite yet again.

However I’m  not yet convinced by Melon – though he might well be the real deal – his lack of experience is a big concern, particularly at a short enough price in a race with plenty of substance and alternatives.

Experience and a bit of stamina usually counts for allot in the Supreme and with that in mind two bigger prices come on to my radar:

There is Nicky Henderson’s progressive River Wylde on one hand. An impressive Grade 2 winner at Kempton in February, he’s shaping like an ideal candidate with the likely decent ground sure to suit.

A point to point recruit, he’s been improving all the time since moving to the Henderson yard, resulting in three wins on the bounce, culminating in a slick performance in the Dovecote Novices’ Hurdle.

He beat Elgin that day, mainly because he jumped better. Nonetheless the runner-up is the other one I like here. Not as slick,  bit more workmanlike, but a fine second behind classy Neon Wolf earlier this year, he’s also not stopping to improve with each run and the Alan King yard is quite upbeat about a big run.

Both should be able to outran their price if they are able to keep up with the frantic pace that’s sure to bet set early on.

Altior will win this barring something dramatic to happen. He’s way too good for the rest of the field. That makes the betting market without the favourite interesting.

Couple of horses I do like: that’s the Mullins runner Royal Caviar, who’s an excellent jumper, despite the fall at Leopardstown when last seen. Top Notch is another talented individual, though whether this test is what he really wants remains to be seen.

The one I feel who could outrun his price tag is Paul Nicholls’s Le Prezien. The French recruit has had a good  – albeit – light season so far, including a Grade 2 success here at Cheltenham. His Novice hurdle form is excellent too, so it’s fair to assume he might still have a bit more to give than what his current rating suggests.

He seems to be a soft ground horse but I hope he is one who could be staying on up the hill when it matters to pick up the pieces behind Altior.

The Ultima appears to be a minefield in my eyes – the two I would be interested in case they do run, are Heron Heights and Champers on Ice, but both are unlikely to line up here, so I leave this race alone.

No superstar of the previous years in the race this time around, but that doesn’t make it any less exciting. In fact this incredibly open renewal of the Champion Hurdle has added intrigue given the entry of Buveur D’air who quickly established himself as a leading chance in recent weeks.

Favouite Yanworth has done little wrong and it’s fair to assume there is more to come. The likely frantic pace will suit him and he is a fair favourite, the one they all have to beat. Yet I’m far from excited and am not sure if he is really that much better than some others in this field.

I want to see that he’s a Champion Hurdle horse, given connections also had a good look at the Stayers Hurdle because Yanworth surely is not the most explosive hurdler the world has seen.

The chances of Buveur D’air may hinge on the weather. Rain, to be precise, is needed. If it would arrive he may even go off as favourite, I imagine.Whether that is warranted remains to be seen, but it’s fair to say he’s more home over hurdles than fences and connections did well to change the plan.

Nonetheless, the seemingly underappreciated horse is Petit Mouchoir. Admittedly, I’m not a huge fan of the Gigginstown inmate and the critics are right in saying we don’t know what his form is worth. He seems a solid, but not spectacular individual, one who hasn’t beaten anything of note, yet.

On the positive side: Petit Mouchoir seems a better horse this season. He stepped up his game, has two Grade 1’s to his name and in the end he can’t do much more than beating what#s put in front of him. And let’s not forget he was only narrowly beaten by Buveur D’air at Aintree last season. Both horses may have improved since then, but given all we know, there is likely to be very little between the two.

That means 7/1 seems overpriced. The same could be argued for progressive Brian Power to some extend, while Moon Racer is the dark horse. All in all an intriguing contest, but at given prices and form it’s hard to argue that Petit Mouchoir is not worth a punt in my mind.

Surprise, surprise! Both Limini and Vroum Vroum Mag locking horns in the Mares’ – who’d thought that?! The latter one sets the standard as the convincing winner of this race last year, but she was clearly not right when last seen at Doncaster and whether she is quite 100% after the virus infection is up for debate.

Fair to say that on all evidence plus factoring in potential improvement Limini is the correct favourite. She could have run in the Champion Hurdle and would have not looked out of place there. So she has a serious chance in this race. But I wonder: should she be three or four times the price of Apples Jade? I argue: absolutely not.

The two met last month and Limini won well, but one could argue Apples Jade was back from a small break and will come on for run – probably more so than Limini will. Gorden Elliott’s mare remains to be lightly raced with further progress far from impossible

It’s also been noted by Wullie Mullins that Limini is quite hard on herself, meaning each race takes its toll on her. I wonder whether a big performance as the one she produced only three weeks ago might haven take more out of her than ideal?

All in all at the given prices I do prefer Gordon Elliott’s progressive five year old.

Every man and his dog seems to be on A Genie In Abottle and that makes perfect sense. But there is no juice left in the price, so looking elsewhere is worthwhile.

Highly speculative and risky, still I like to put forward the case of Tiger Roll. A shaky character, who clearly didn’t quite life up to the promise of his early career. But on his day he can be a classy individual and least we forget he used to be a Triumph Hurdle winner back in the day. Now lining up in a 4 miler seems odd and he may well be found out for stamina, if not for class.

His rating entitles him to have a decent shout, though, and he put a string of decent performances together over the last six races, including a success in the Munster National.

This is a different kettle of fish, but he goes well on decent ground and performed admirably off a break in the past, so it would not surprise me if he outruns his price tag.

Big field and you can easily make a case for at least a handful of these. But two stand out in terms of potentially being well handicapped: Itsafreebee is an obvious one. Third in the Neptune behind Yorkhill last year, he’s been not reaching those heights over fences yet but a handy drop in the weights and potentially decent ground should ensure he has a huge chance.

From Ireland I like the chance of Tully East. I feel he he hasn’t been seen to his best in his last two starts, probably with this race and his handicap mark in mind. He won over fences back in December and ran really well in the Martin Pipe last year.

With Le Prezien out, my interest is now firmly around Willie Mullins’s Royal Caviar. As mentioned in my initial preview of the race, he strikes me as an excellent jumper and most likely would have won the Irish Arkle if – ironically – not for a fall at the last.

His overall win record is dismal, but he’s rarely been out of the money and I would expect him to run a fine race, with a good chance of finishing second or third behind Altior.