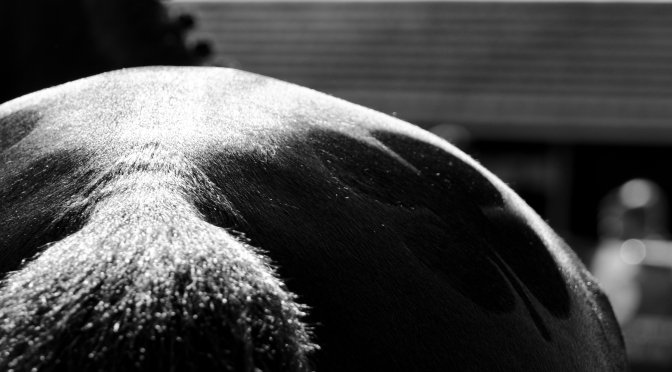 Classic glory for the almighty Frankel for the very first time – his daugther Soul Stirring landed the Japanese Oaks at Tokyo racecourse in fine style this morning under an excellent ride by French jockey Christophe Lemaire.

The tremendously well bred filly – she is out of 2009 French Oaks heroine Stacelita – was also the first Frankel progeny to win at the highest level when she claimed the Group 1 Hanshin Juvenile Fillies at Hanshin Racecourse in December.

You’re better off long-term not to make too many excuses for horses if they didn’t live up to expectations multiple times on the bounce. That’s normally a clear sign that something is not right.

Nonetheless I make an exception in the case of the still lightly raced Backinanger. This three year gelding old has been disappointing the last two starts, but mostly on his turf Handicap debut four weeks ago. He was a bad drifter on the day, so there must have been a reason for his poor showing.

Unfortunately I backed him that day when first time cheek-pieces  didn’t work at all for Backinangger. He was never in the race – to my surprise because if you go back and watch his previous starts you’ll see a horse that shows a bit of early speed, but also quite a bit of keenness.

In fact his performances on the All-Weather over the winter were noteworthy as more often than not he caught the eye and ran better than the bare result would suggest.

This son of Royal Applause was a late foal which explains why he often looked raw and unfinished business. Theoretically there should be improvement to come from him with age and experience. He also should enjoy fast conditions.

That’s the reason why I give him one more chance – blinkers are fitted and he drops to the minimum trip, which in combination of the ground and the relive of another couple of pounds could work wonders.

Less than a handful of realistic contenders to land the race in this field in my mind and LTO winner Africa Blessing is the one in this group who is overpriced.

He won over this trip at Doncaster last month – a first time over 7f for him – and he was good for a bit more than the tight winning margin I felt. He might be able to pull out a bit more over this trip, also the uphill finish could suit this Mount Nelson son.

Africa Blessing has been raised a mere 4lb for the latest success, one that looks solid form wise and awarded him an RPR of 76. Provided he doesn’t miss the kick, drawn in four close to the pace can only be an advantage.

Swaheen shaped well on his seasonal reappearance last month and is expected to strip fitter today. He’s fallen significantly in his handicap mark compared what he raced of mostly last year and that makes him an attractive proposition in this race.

He’s won off 2lb higher, albeit all his major form comes over 12f+, so the drop in trip is a question mark. It might well suit, however, as very soft conditions are likely to be encountered at Leicester.

Swaheen has strong form to offer with cut in the ground despite limited opportunities on this type of ground. Though in genuine soft underfoot conditions he has won of a mark off 84 in the past – so down to 80 with a decent 5lb claimer in the saddle he has a top chance as I feel the emphasis on stamina in this 10f contest will suit him.