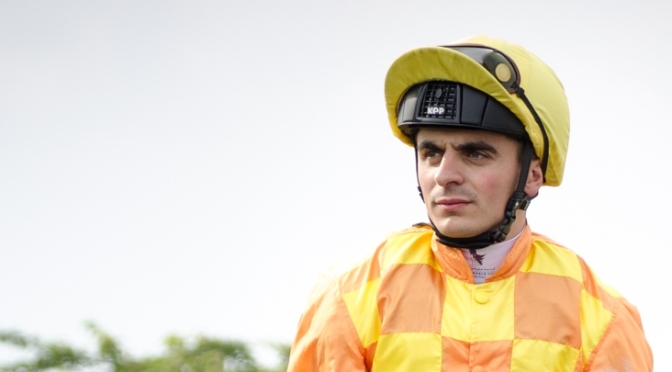 Nice to see confidence justified – at last! I said it last night, the opening maiden of today’s Lingfield card unleash a potentially smart colt in the making. And so it was.

Favourite Eagle Creek (SP 9/4) didn’t make any mistake on his seasonal reappearance. He grabbed the lead soon after the start and never gave it away. He won with ease by six lengths, never touched.

Jockey Andrea Atzeni, who made the journey to Lingfield Park for this sole ride, was delighted afterwards:

“He enjoyed himself in front and picked up really well. He was always going to be a better horse as a three-year-old.”

The future looks bright for Eagle Creek now. How bright remains to be seen. But he looked physically improved, gave the impression of a strong and scopey colt. It clearly helps that he hails from a good family by Raven’s Pass out of listed placed Blue Angel and a half-brother to listed race- and multiple Meydan winner Viren’s Army.

What’s next? I’d say they step him up in class rapidly to find out how good he really is. He does not look like a handicapper but more like an individual with a future in some nice pattern races. Certainly one for the tracker, one way or the other.

It’s always difficult to make a decision if you fancy two horses in the same race, so do I here with Coquine, who seemingly finds her first real opportunity on turf after a fruitful winter. She could potentially remain well handicapped with blinkers fitted.

But tentatively I side with Lackaday who won this very race off 8lb higher last year. He was no chance given by the handicapper subsequently but has finally dropped down to a very handy mark again.

He changed yards in the meantime and ran extremely well on his reappearance over sharp 5f at Newcastle last month. He finished an excellent 3rd that day – a performance that suggests he finds back to his best form.

It’s only the second start for the filly Blitz since moving to the UK from Ireland where she showed plenty of promise as a juvenile. She finished a close second on her seasonal reappearance at Wolverhampton in February which was also her UK debut.

That day she tried to make all and set a good pace from the front but just got a bit tired in the end it seemed while also still showing signs of greenness at the start and turning around the final bend.

This form looks rock solid and a return to turf on a straight track with fast ground could see her putting her best foot forward. In similar conditions she went only half a lengths down in a Curragh maiden behind a subsequent Group 3 scorer last year.

Outcrop, the son of Rock Of Gibraltar makes plenty of appeal on his Handicap debut over a trip more suitable than what he raced over in three maidens as a juvenile.

His opening mark looks potentially lenient given he already ran to a similar RPR on his final start last season over a trip likely to short. He looks one who’s sure to improve with age and experience too.

Lightly raced sons of ROG tend to improve dramatically over the 1m 2f trip and if that isn’t enough then trainer Hughie Morrison has a fine record at this course over the last number of years.