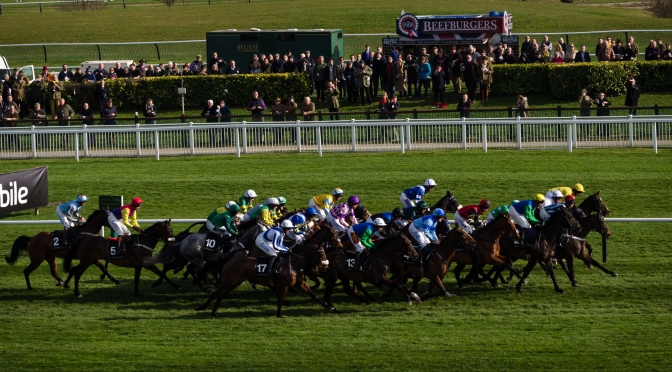 It’s Wednesday and I finally have worked myself through all the other racing where up until now I din’t really have an opinion on. I keep it short and simple this time though as we all have a life to live and I’ve got to make some clients happy, I guess….

Coral Cup: An impossible race. 26 starters, make a case for more than half of the field and it wouldn’t look silly. But I broke it down to those who are sure to act on the ground and the trip. Even that doesn’t make the task much easier, but eventually I ended up with two horses on my short-list.

French Bred Theinval is only a six year old but has plenty of fine form on good ground. He seems to come alive in spring, so he won two valuable races last season March and April. I’m happy to forgive him his last poor showing in soft conditions. And then 40/1 looks really a big price.

I also like the 28’s for Brother Ted. True, he may prefer a flatter track but give him a chance on only his second Cheltenham start. He’s clearly a good horse, beat Silviniaco Conti at Kempton this season, although an only half-fit Conti. Still a good performance. Finishing less than 3 lengths beaten behind Rock On Ruby wasn’t too shabby either.

RSA Chase: Those two short priced favourite, More Of That and No More Heroes, are too short in my mind. This races is much more open, particularly Blacklion, Roi Du Frances, Seeyouatmidnight (all 12/1),Shaneshill (20/1) and Vyta Du Roc (10/1) are all horses with the potential for further improvement over this sort of trip.

It’s probably not quite smart to put all five up as selections, but backing any of these is value in my book. The two favourites may well be too good in the end, but it’s clearly not a given. Should be an exciting race to watch!

If you haven’t done yet, have a look at my other Cheltenham articles:
– Tuesday Review & Wednesday Outlook
– Jumping On the Don Poli Bandwagon